The Benefits of Eddy Current Array Examination of Stress-Corrosion Cracking

Stress-corrosion cracking occurs when cracks link corrosion pits, causing multiple cracks in all orientations in the base material of pressure vessels, pipes, and storage tanks. 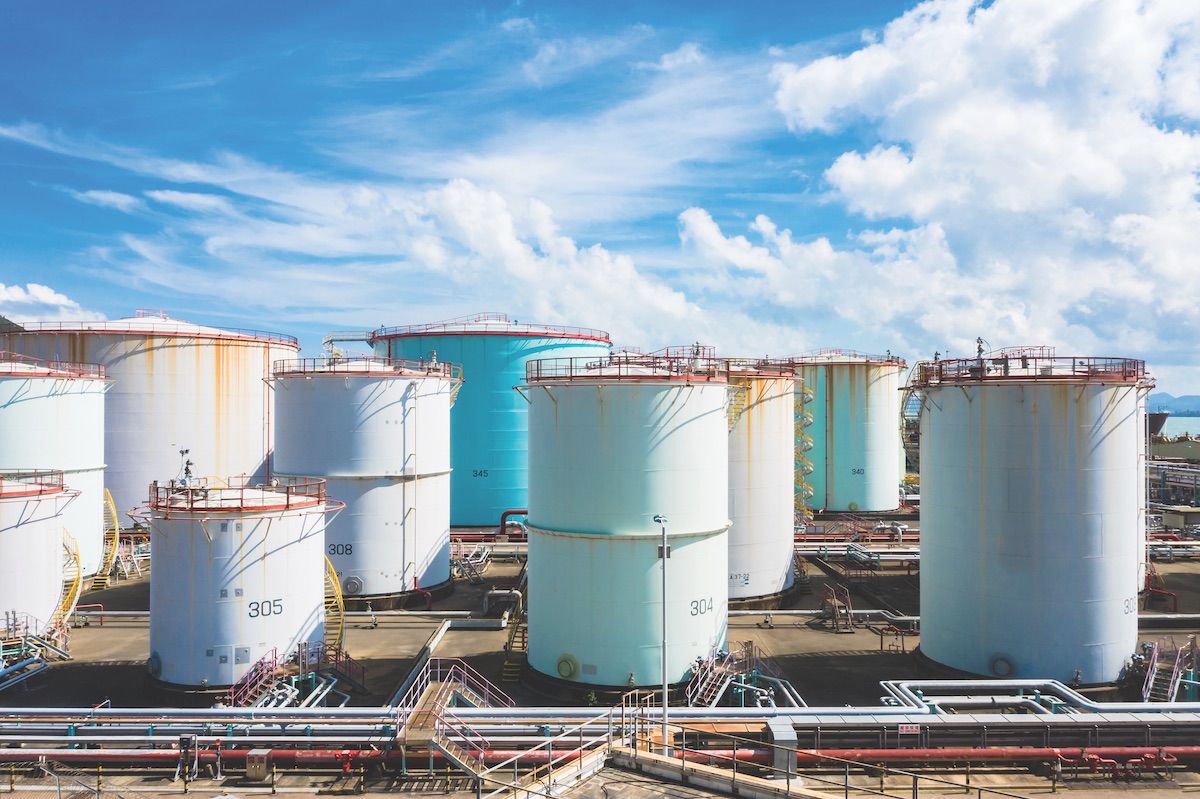 Stress-corrosion cracking occurs when cracks link corrosion pits, causing multiple cracks in all orientations in the base material of pressure vessels, pipes, and storage tanks.

Liquid penetrant examination (PT) and magnetic particle examination (MT) are the most common nondestructive examination (NDE) methods for inspecting stress-corrosion cracking (SCC), but both have drawbacks. An eddy current array (ECA) solution could be preferable.

SCC in critical equipment can lead to failure, which can cause serious damage to the environment and a company’s reputation as well as significant loss of time and money. SCC can occur in the base material of pressure vessels, process pipes, and storage tanks.

Although PT and MT are reliable, simple, and inexpensive, ECA offers advantages, including equipping users with the ability to capture and archive a digital record of their inspection and measure the length and depth of surface-breaking cracks through nonconductive paint or coating.

Challenges of PT and MT

PT relies on the principle of capillary action to draw fluid into surface-breaking cracks. Inspectors have to give the liquid time to be drawn into the cracks (known as dwell time). After removing the excess liquid, a light powder is applied to highlight the visible bleed out of penetrants trapped in any cracks. This step also requires dwell time. PT requires intensive cleaning that is time-consuming, and it’s also highly impacted by cold and hot temperatures and wet conditions.

MT is used in ferromagnetic applications and has its own challenges. For example, when using wet fluorescent particles, the inspection area must be dark, and additional equipment (a black light) is required. In MT, a yoke device is used to induce a magnetic field in the material. Colored magnetic particles are then applied to the component’s surface. These particles migrate to magnetic flux breaking from surface disruptions, creating a visible indication of a defect.

The drawbacks of both methods include the slow inspection speed of PT and the extra equipment required for MT. Neither test method enables operators to measure the depth of surface-breaking cracks easily. In many instances, any paint or coating must be removed from the tested component, adding cost to the inspection. If the component has scale built upon the surface, it must also be removed.

Like MT, eddy current examination relies on the relationship between electricity and magnetism. A flaw detector, software, and eddy current coil (probe) are used in the test. When the probe comes into contact with a conductive specimen, a circular flow of electrons (eddy currents) is induced in the part. The eddy current generates its own magnetic field, which interacts with the coil and its field through mutual inductance. Flaws, such as cracks in the conductive material, disturb eddy current circulation. The resulting changes in impedance are displayed on the flaw detector, enabling an inspector to assess the flaw. 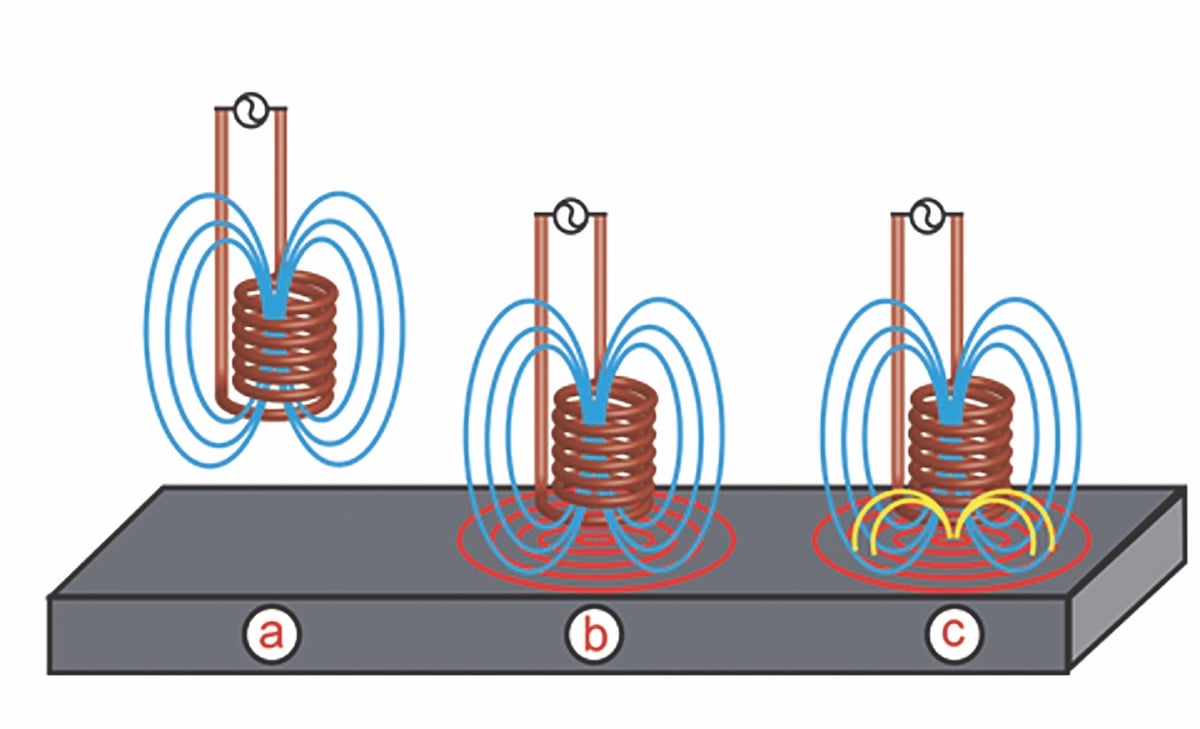 ECA uses multiple coils placed side by side in the same probe assembly. This design enables users to inspect a large area quickly. ECA is an effective method for accurately detecting, sizing, and characterizing SCC when properly calibrated. An added benefit is that ECA enables users to digitally record inspection information, whereas MT and PT data are typically captured through photography.

Some other benefits of ECA examinations are as follows:

-ECA probes enable users to detect both parallel and perpendicular defects. With the proper probe and configuration, users can achieve omnidirectional scanning with a high probability of detection.

-ECA enables users to assess surface-breaking cracks and, in many cases, measure the crack’s depth. Short flaws, like SCC, can be accurately detected when the proper probe and calibration settings are used.

-Users can detect defects through nonconductive paint, thereby saving time, minimizing prep work, and reducing cost. Aside from time and waste, stripping paint from components can potentially damage the piece and increase corrosion exposure. Since ECA is not a chemical process, no postcleaning or chemical disposal is required. Nor do parts need to be demagnetized.

-Once the ECA flaw detector is calibrated, the inspection is nearly instantaneous.

-Because of ECA’s multiple acquisition points, data can be viewed as a C-Scan, providing a more intuitive display for the inspector.

-The setup, calibration, and scan files are easily archived, creating a comprehensive record of each inspection. Data can be quickly recalled for post-inspection reporting. 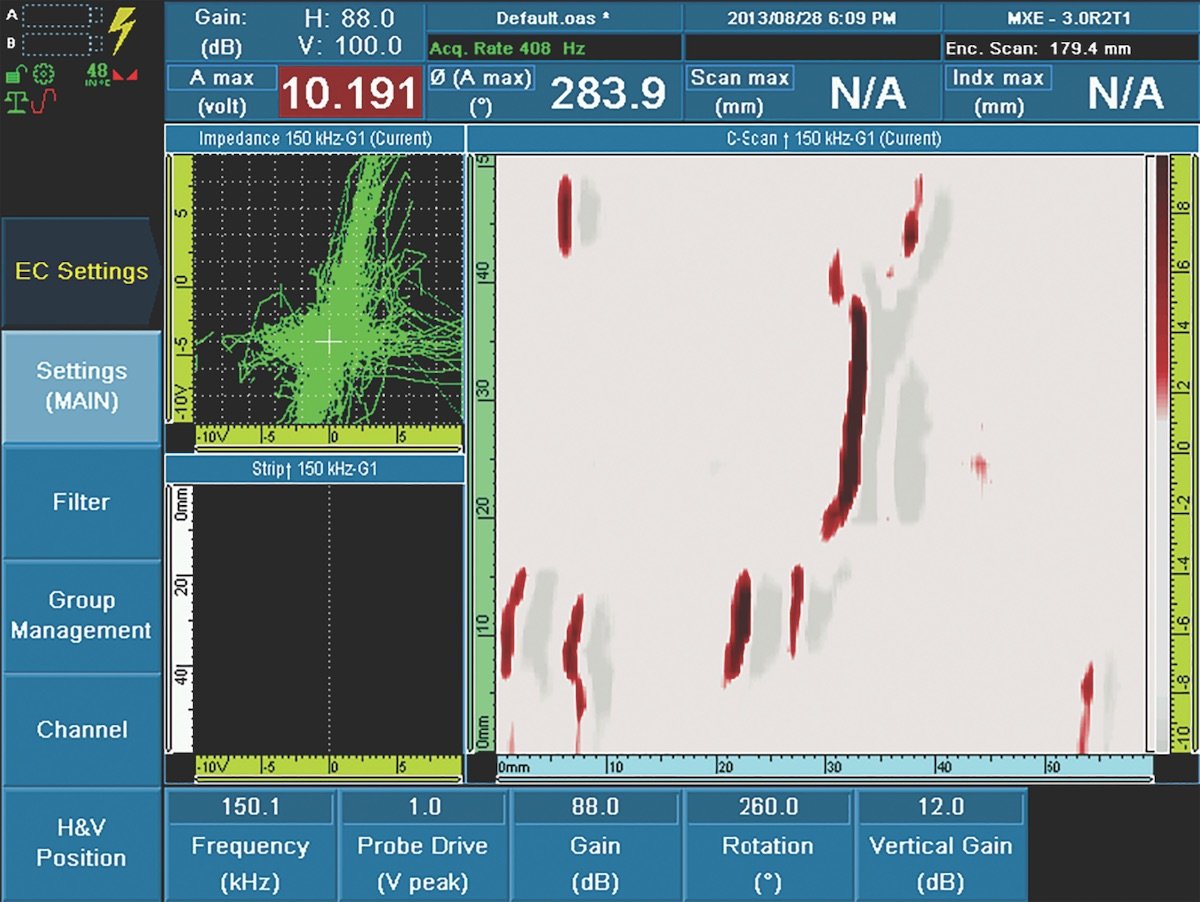 The same part inspected using a standard eddy current array system. Color palettes can be selected in the flaw detector to replicate the look of visible fluorescent inspection.

Welding Preheat for Tube and Pipe on the Jobsite

To conduct inspections, professionals rely on a variety of tools that allow them to assess the quality of a component and its suitability for an intended application.
Read more

Welding Preheat for Tube and Pipe on the Jobsite