The $100,000 first-place prize in the Project MFG™ 2022 Integrated Manufacturing National Championship, a competition for students in career and technical training programs, will be awarded at the four-team final round in May. 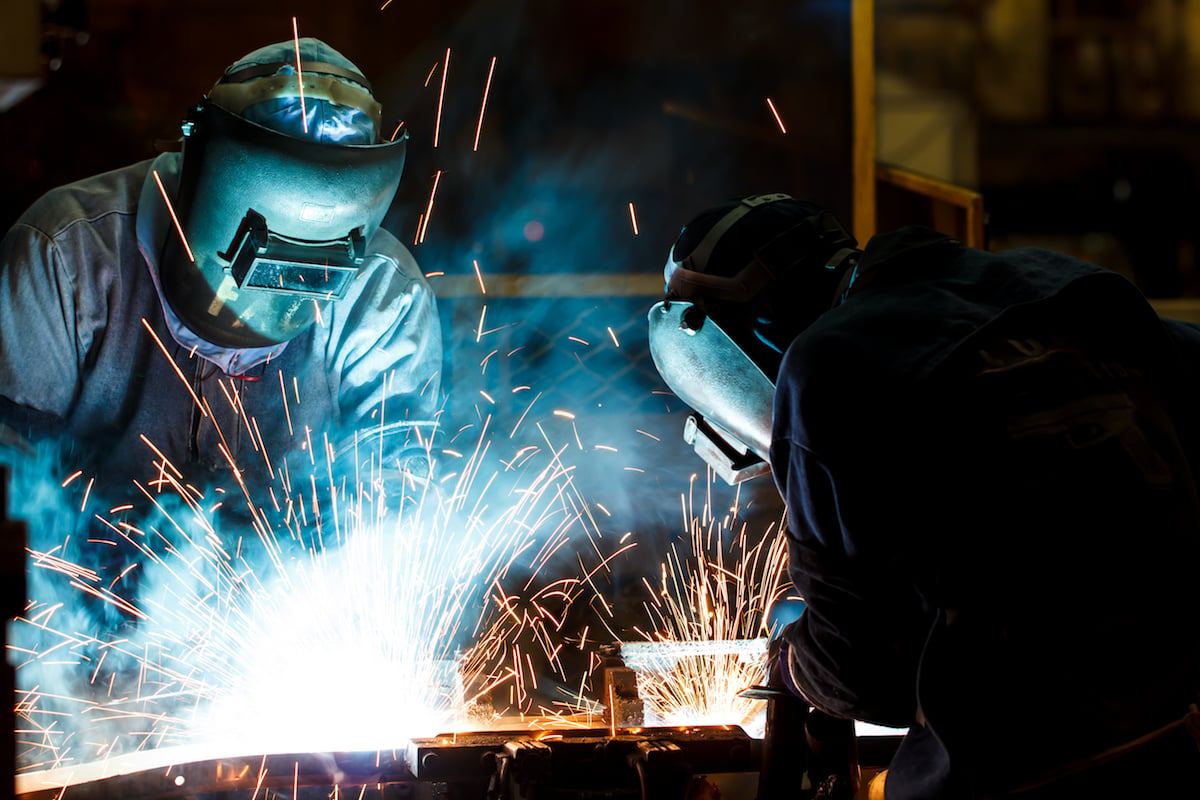 The $100,000 first-place prize in the Project MFG™ 2022 Integrated Manufacturing National Championship, a competition for students in career and technical training programs, will be awarded at the four-team final round in May.

Founded in 2019, Project MFG is a program of The Global Learning Accelerator nonprofit and is funded by the U.S. Department of Defense’s Industrial Base Analysis and Sustainment program. 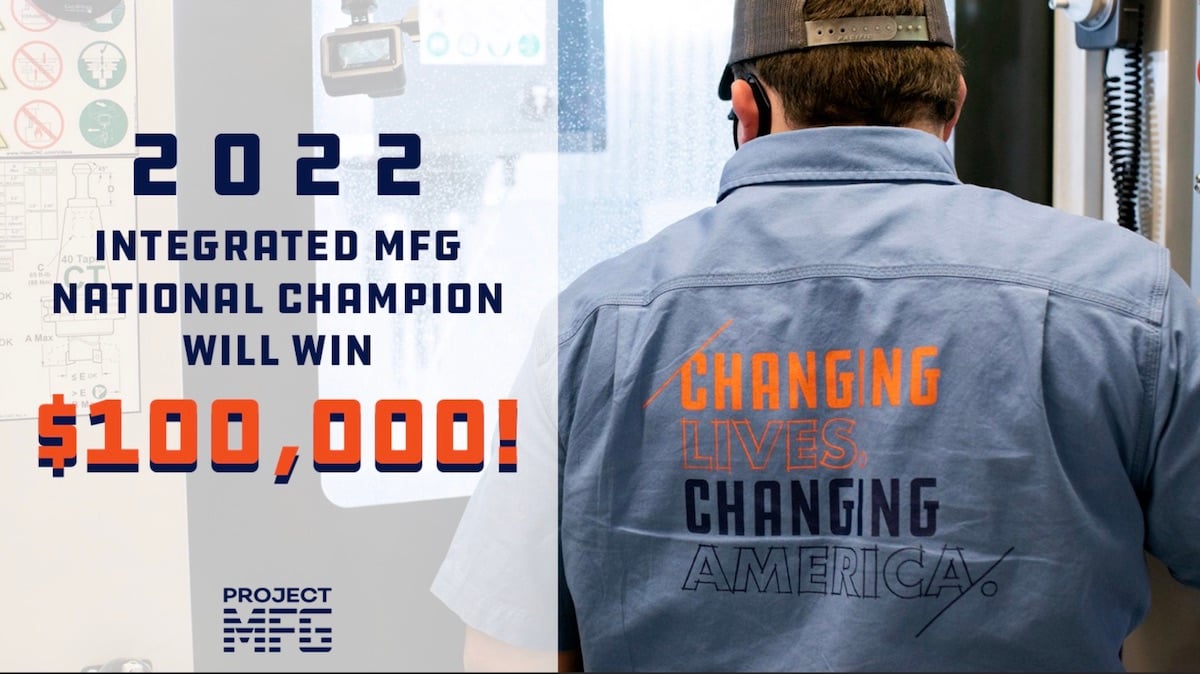 The competition consists of three rounds — qualifying, semifinals, and finals — with each building upon the previous round’s project and increasing in difficulty. The final four teams must operate a five-axis CNC machine. The teams use identical materials and operate under the same cost and time constraints. They are rewarded for using fewer labor hours and judged by a panel of experts. This year’s teams are building a trophy with multiple components.

Although the competition was originally designed as a live, head-to-head competition, last year, the COVID-19 pandemic forced each team to compete at separate locations.

This year, Dick said, “We hope to have the semifinal and final rounds with multiple teams competing at single sites to drive more-intense competition and pressure as the teams will be able to see the other teams’ performances and will be outside the comfort of their home facility.”

There are no entries fees, and travel costs for competing in the semifinals and finals are covered by Project MFG and its sponsors, as are all raw materials and most tools. The schools simply have to possess basic machines. Project MFG supplies the rest, including machinery that many of the competitors have never used.

“I liken this to a person getting their driver’s license and then we give them the keys to a Corvette,” Dick said. “Their eyes light up. They get excited. Being able to give the competitors this opportunity has been very exciting.”

This article was written by Dave Rosenbaum (Welding Journal contributor) for the American Welding Society.

Ford Motor Co. is targeting production of 100 million medical-grade masks through 2021, General Motors has received N95 certification under NIOSH, and a partnership between Honda and GM is producing hand sanitizer.
Read more

The COVID-19 pandemic has dramatically impacted the manufacturing and industrial landscape in the United States. As we emerge from it, the shortages and supply chain shocks prevalent in its early stages have generated renewed federal interest in reshoring manufacturing capabilities. New processing and control tools will impact much of the landscape that will arise from this planned reinvestment. Significant enhancements in computing power have driven the development of many advanced manufacturing routes enabled by machine learning, artificial intelligence, mechanistic modeling, and process automation.
Read more

Invigorated by a USA Luge silver medal World Cup team relay win in November 2021, and well poised with a range of planned activities, Saint-Gobain Abrasives, one of the world’s largest abrasives manufacturers and primary sponsor of the USA Luge Team, is prepared for an exciting competition at the Games in Beijing next month. As Norton | Saint-Gobain celebrates this year the 40th anniversary of its partnership with the USA Luge Team, a scope of activities sponsored by Norton are slated to take place. Planned events include twenty “company watch parties” that will take place during the games, an Adopt-a-Luge athlete program, and a Luge Challenge event at a New England ski area.
Read more