Set Sail with New Products for the Marine Industry

From welding and cutting machines to educational books and workplace safety equipment, these new products are supporting the marine construction and shipbuilding industries. 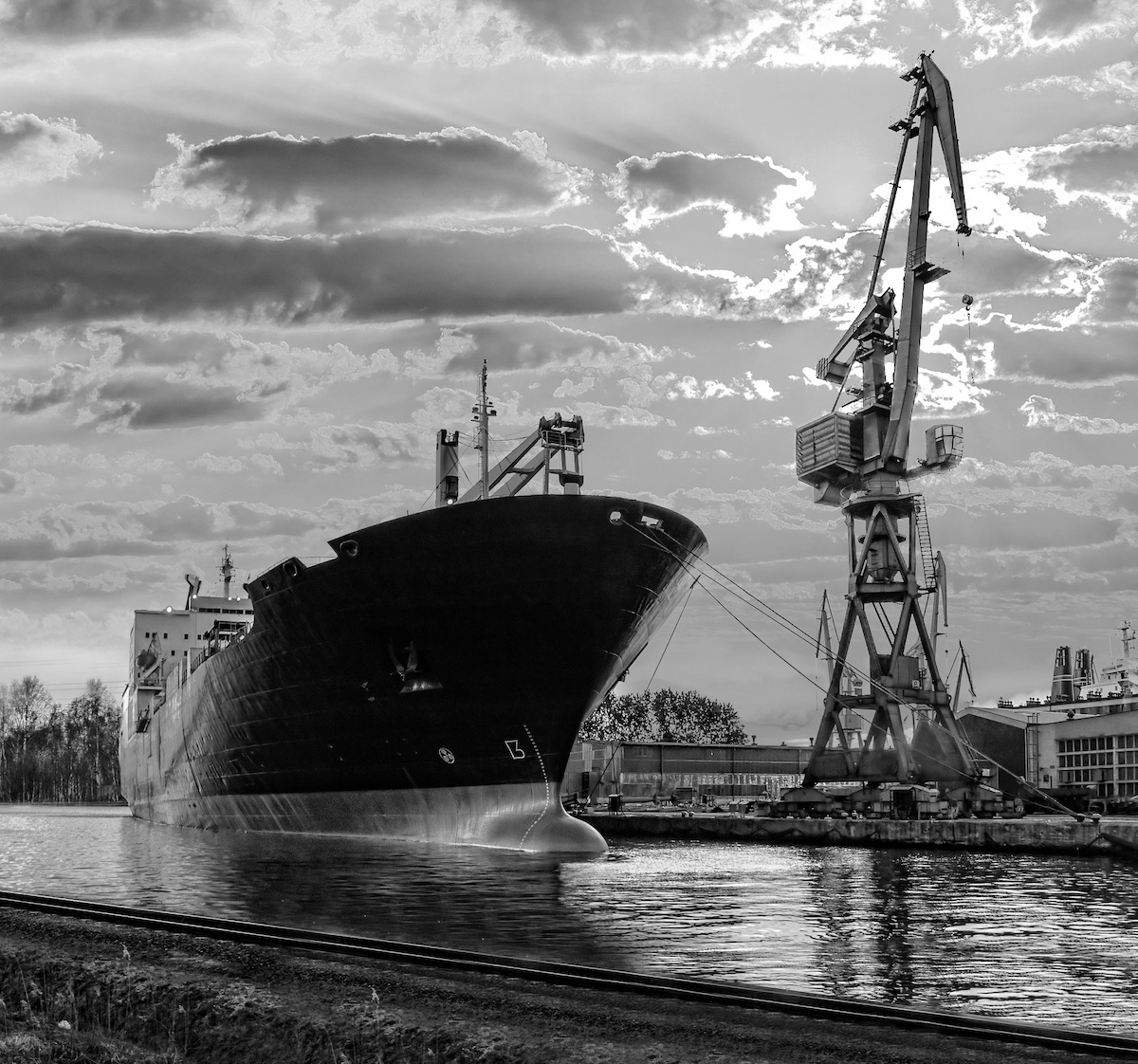 From welding and cutting machines to educational books and workplace safety equipment, these new products are supporting the marine construction and shipbuilding industries.

Offered by ESAB Welding & Cutting Products (esab.com), the Renegade VOLT™ ES 200i shielded metal arc welding (SMAW)/gas tungsten arc welding (GTAW) machine showcases a battery-powered welding system. Powered by four DEWALT FLEXVOLT® 12 amp-hour (Ah) batteries, the machine offers a welding output of 150 A on battery power. It also connects to 115/ 230 V alternating current primary power and provides a maximum welding output of 210 A on 230 V primary power. The robust, portable welding machine works for tough jobs in the field and has the battery power to weld through a standard work shift. Its battery box can detach for easier transportation or when connected to 115/ 230 V power. It also allows users to hot swap the batteries so they can continue welding without interruption. The included four-port fast charger can charge batteries from zero to full charge in about 100 minutes. The unit weighs 40 lb with the battery box and 25 lb when the box is detached. The welding machine is designed for projects that benefit from location flexibility, such as maintenance and repair, construction, shipyard, rail, power generation, offshore, and farm/agriculture applications. 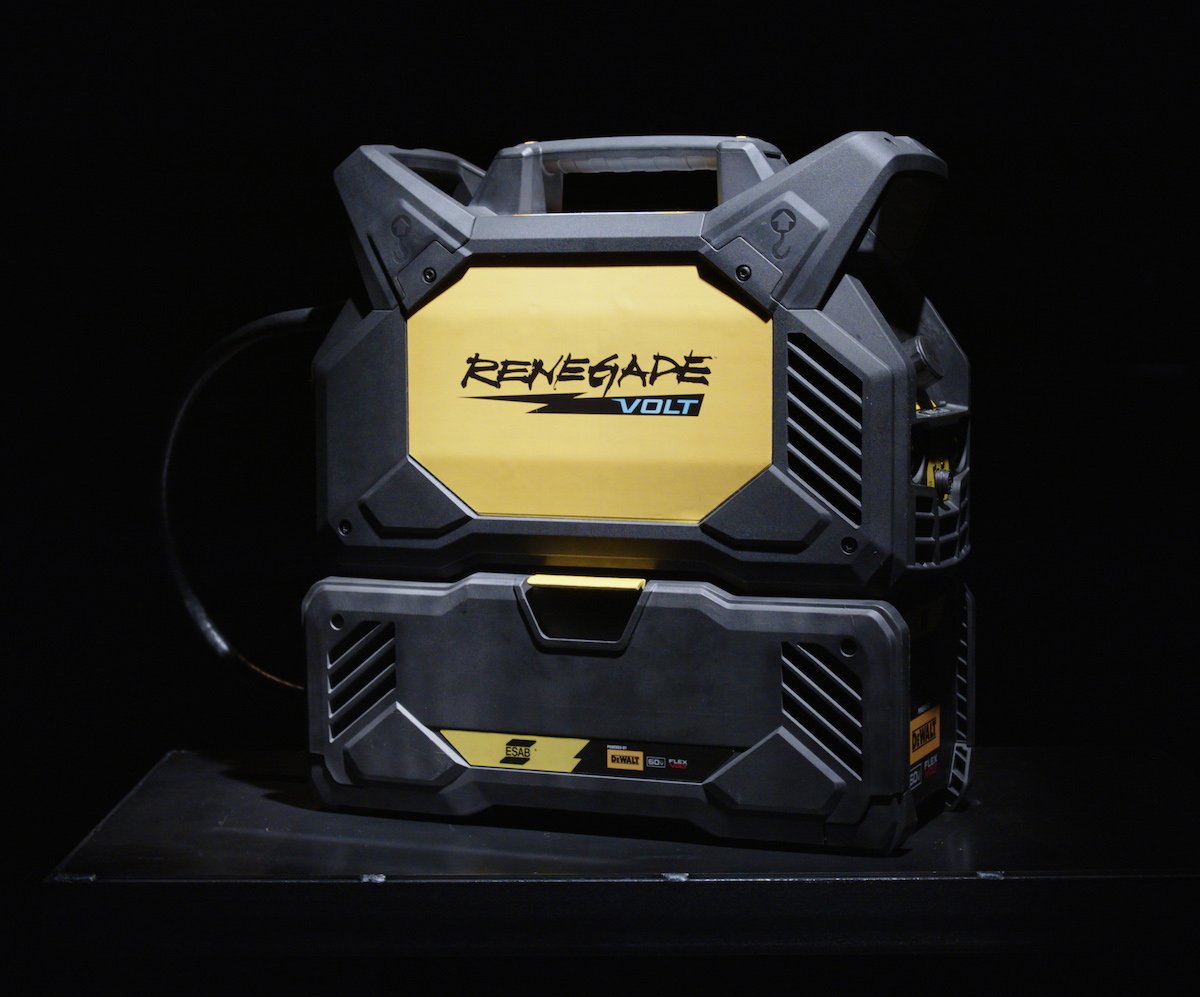 Created by HGG Profiling Equipment Inc. (hgg-group.com), the small RoboRail robotic plasma cutting machine replaces many traditional machines. Designed for the miscellaneous fabricator, it cuts 12-in. channels, tube columns, and angles up to 8 x 8 in. as well as 1 1/4- to 10-in. pipe. It makes cuts, holes, and copes while performing layout marking. It also processes handrail pipes, stringer channels, box tubes, angles, and more. It achieves this using advanced robotic technology that allows a range of materials to be processed quickly and accurately to length. Capable of enhancing any fabricator’s capability, the plasma cutting machine is also suited for larger structural and industrial fabricators. It gives fabricators with larger-capacity machines additional flexibility for working with copes and cutouts in angles, single-story tube columns, bolted stairs, and 8- or 10-in. structural pipe. The plasma cutting machine accepts files directly from SDS2, Tekla, STEP, and various other modeling software to automate the cutting process. The plasma cutting machine serves customers in a range of industries, including steel construction, piping, offshore/onshore, crane building, shipbuilding, and more. 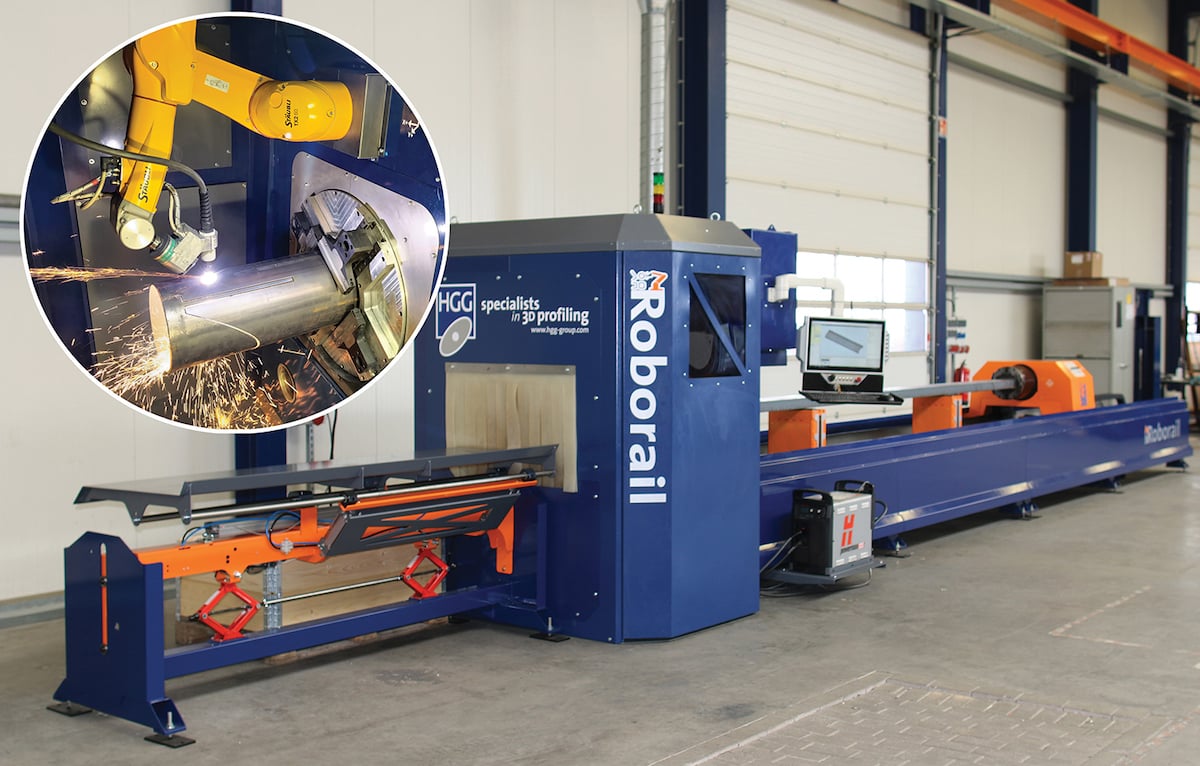 Produced by the U.S. Naval Institute Press (usni.org), U.S. Aircraft Carriers, Revised Edition: An Illustrated Design History acts as a comprehensive reference on the development of U.S. aircraft carriers. Part of the Norman Friedman Illustrated Design History series of U.S. warship books, it has been digitally remastered for enhanced photo resolution and quality as well as corrected and updated. Some of the warships covered in the 512-page hardcover book are the USS Langley, which was made in 1920; the mass-produced, Essex-class USS Enterprise; the large USS Midway, which was used after World War II; and the Nimitz- and Ford-class carriers. The information is based largely on formerly classified internal U.S. Navy records. It is written by Norman Friedman, PhD, who is described as a leading authority on U.S. warships. In the book, he explains the political and technical rationales for building battleships and recounts the evolution of each design. The book’s illustrations provide detailed scale outboard and plan views of each ship class and of major modifications 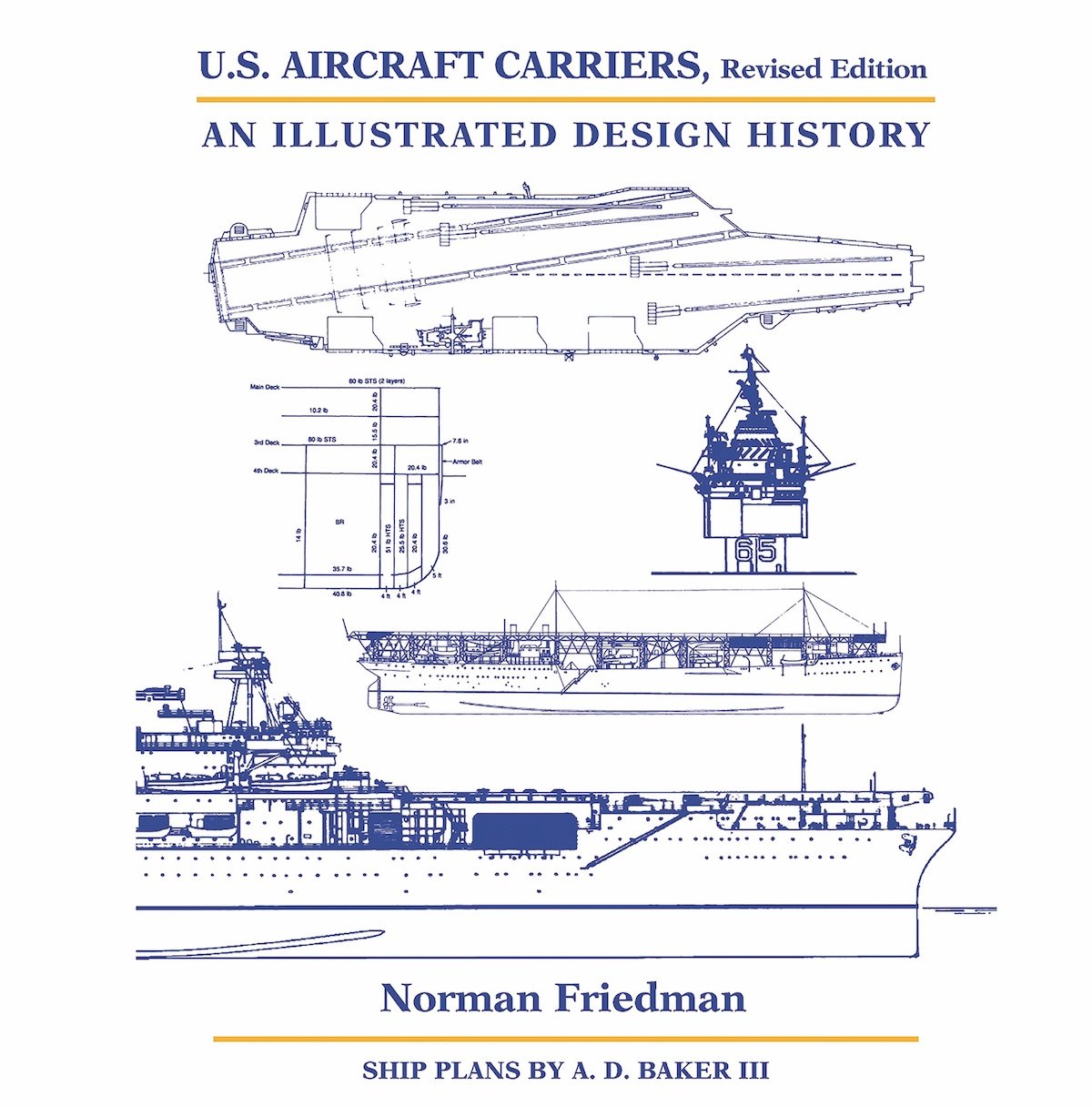 Made by Wooster Products Inc. (woosterproducts.com), the FLEX-TRED® antislip tape bolsters safety in industrial environments by providing a higher coefficient of friction on the applied surface, whether wet or dry. The heavy-duty safety surface is easy to install and provides durable pedestrian safety on slippery surfaces. It can bend over sharp 90-deg angles without fracture and can be bent repeatedly without cracking or failure of the bond. Additionally, the tape is resistant to motor oil, detergent, hydraulic oil, and ultraviolet light. It will tolerate steam and detergent cleaning and is essentially unaffected by climatic exposure and mild acid or alkali exposure under normal conditions. It has a temperature range of –40° to 220°F and tolerates limited exposure to temperatures above 220°F. The tape is suited for machinery surfaces, gas/brake pedals, forklifts, tow motors, and forklifts as well as on platforms, scaffolds, cherry pickers, ladders, and more. It is available in rolls of various widths, standard die cut shapes, or custom die cuts to suit specific requirements. It also comes in various colors and patterns, including fluorescent colors and NITEGLOW® glow in the dark. In areas where heavy exposure to liquids is anticipated, the easy-to-apply FLEX-TRED edge sealing compound seals the edge to most surfaces using a sealant that is free of volatile organic compounds. 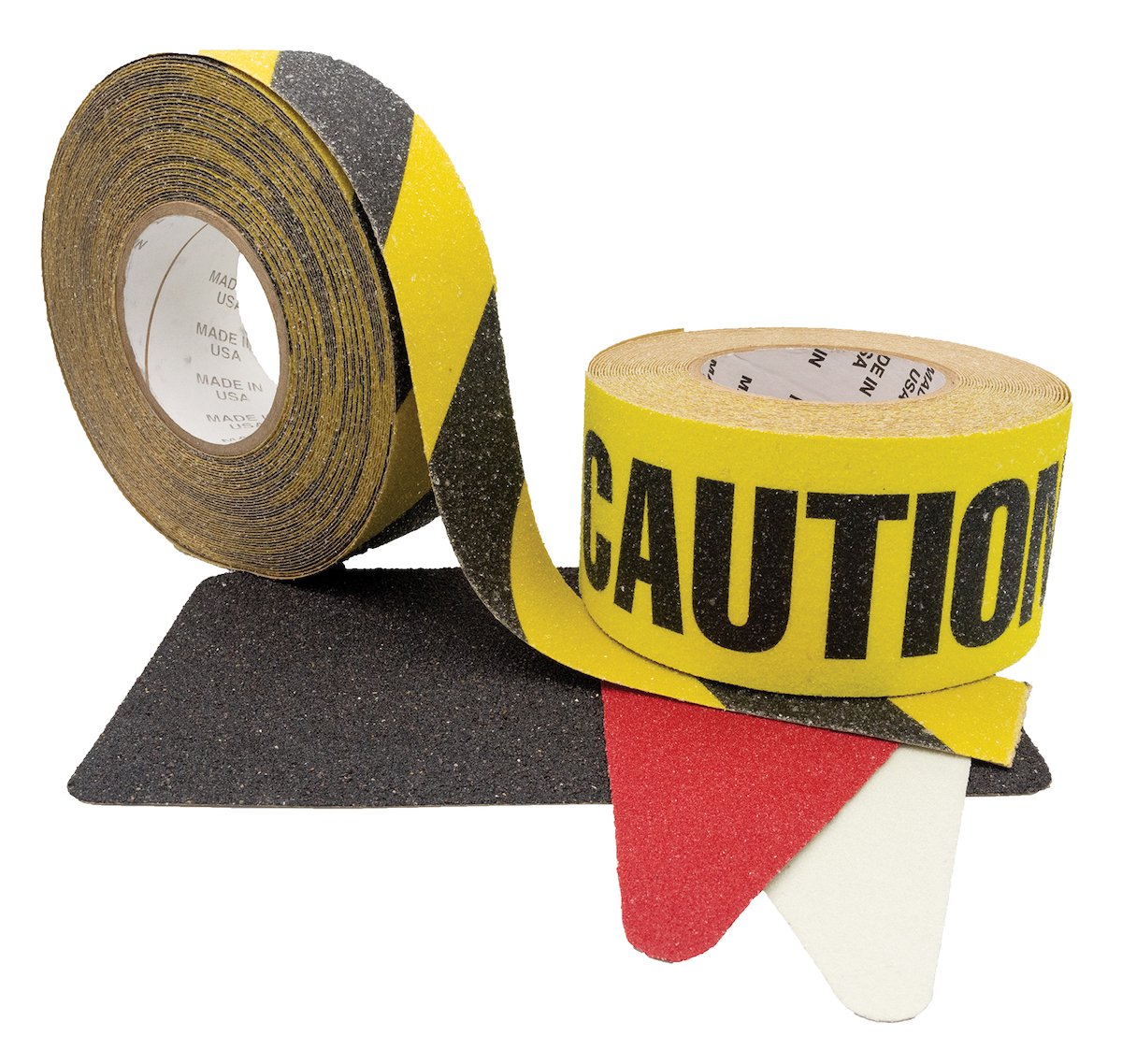