Like many industries, the shipbuilding trade is navigating rough waters. An increasingly difficult business environment from consolidation, slowing growth rates, and uncertain political waters, combined with a critical shortage of workers as well as ... 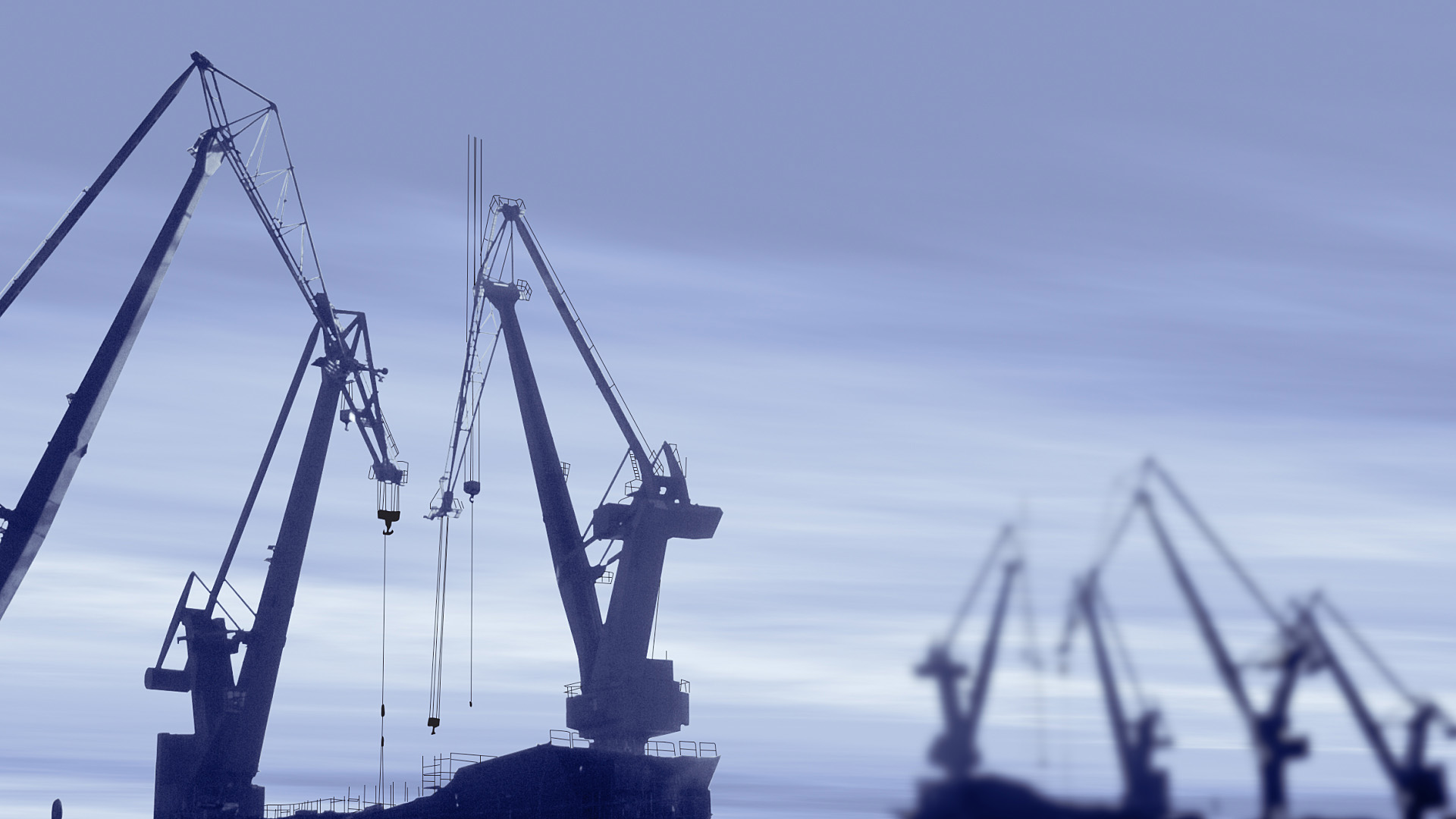 Like many industries, the shipbuilding trade is navigating rough waters. An increasingly difficult business environment from consolidation, slowing growth rates, and uncertain political waters, combined with a critical shortage of workers as well as the global COVID-19 pandemic, has left many shipbuilders struggling to survive.

The outlook for shipbuilders isn’t entirely hopeless, however. Shipbuilders are buoyed by the fact that consolidation is complete, and demand is expected to stabilize thanks to the projected growth of world trade and the need for lighter, more fuel-efficient ships to comply with new environmental regulations.

Automation. Shipbuilders want to reduce labor costs and increase throughput and quality by adding more automation to their workflows.

Labor. Finding, training, and retaining skilled labor is a continuous and expensive challenge as is keeping current workers safe.

Lighter ships. The military, cargo shipping companies, and cruise line owners are all asking for lighter vessels that cost less to operate and are faster in the water. Shipbuilders are meeting this request by using thinner gauge steel and switching to aluminum whenever possible.

Larger ships. Though seemingly at odds with the trend toward lighter ships, shipping lines want mega-ships, similar to the Ever Given container ship recently lodged in Egypt’s Suez canal. By doubling and even tripling the size of ships, shipping companies reason they can transport more cargo without adding crew.

Internet of Things (IoT). Shipbuilders see a connected factory as another tool to reduce manufacturing cost and improve production. Such systems would monitor all activities, including systems utilization, downtime, status of equipment, and employee effectiveness.

With the above trends in mind, shipbuilders are working to eliminate activities that do not add value, such as excessive material handling. At the same time, they are adopting newer technology better suited to the reality of modern shipbuilding. By making small changes to how work is done, shipbuilders can improve worker safety, build quality, delivery schedules, and costs while lessening, and in some cases eliminating, nonvalue-added activity and pain points. The following are five examples.

The job of cutting up the plate that remains after cutting up parts is slow, labor intensive, and dangerous. Operators often use an oxyfuel torch, first standing on top of a table and then bending down to reach the plate. Operators who choose to remain standing on the floor also face ergonomic challenges as they stretch awkwardly across the plate. A solution that would improve worker ergonomics and safety, while eliminating the dangerous gases needed for oxyfuel cutting, is to move from oxyfuel to plasma. By using a portable air plasma system equipped with a 4-ft-long torch, operators can easily and quickly cut and remove skeletons without forcing their body into awkward positions. Further, they can do this while standing on the ground, next to the table. In addition to improved worker ergonomics, this method has a time-and money-saving advantage as plasma does not require preheating and will cut a ½-in.-thick mild steel faster than oxyfuel.

Many shipyards start their cutting process on mechanized plasma tables that cut parts. Once the initial cutting is complete, bevels are cut using an oxyfuel torch on a carriage that follows alongside the edge of the plate. From here, parts are moved to a team of grinding employees who round edges, smooth out transitions, and ensure welding requirements are achieved with bevel angles. From an efficiency perspective, this process isn’t ideal. Plasma technology with an optimized track/carriage solution delivers faster cutting speeds, reduced setup, better-cut quality, less grinding, and the opportunity to redeploy approximately half of the operators currently required for beveling. Welders, in turn, would get parts with smoother edges, leading to better welds. 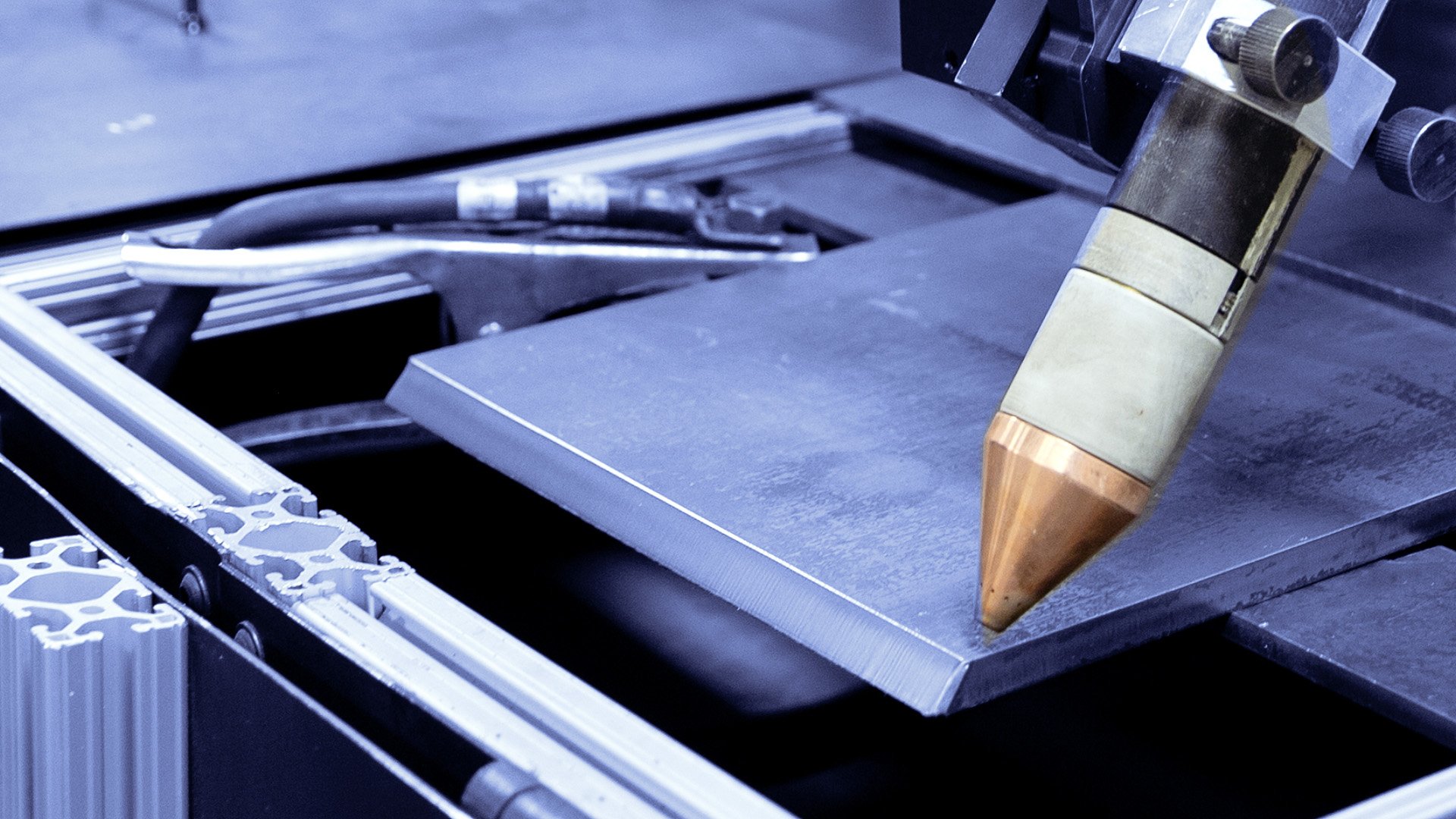 Plasma cutting technology can address many of the shipbuilding industry’s most pressing problems.

Shipyards use markings to add barcodes, identify which parts are associated with which jobs, point out critical features, add cut or trim lines, and create guidelines for welding and forming. Right now, operators might use chalk, soapstone, or ink to add a temporary mark, dot peen marking, and punching. While these methods work, they frequently cause delays and bottlenecks. Shipyard operators can lessen the number of injuries and increase marking speed more than ten times through automated marking with a portable air plasma system. Shipbuilders wanting more efficiency can add a plasma marking torch to an existing cutting table, allowing them to cut and mark parts in a single pass.

The use of temporary attachments, which are removed downstream, is common. These attachments create lifting points and help hold subassemblies in position during welding. To lessen waste, shipyards want to reuse these attachments as often as possible, but to do so, workers need to carefully remove each attachment without causing damage. Base metal damage is a major concern because even a small nick can result in a piece failing inspection. Right now, the predominant methods used are oxyfuel and carbon arc gouging. By using air plasma equipped with flush-cutting consumables, workers can quickly slice through the attachment at its attachment point. The attachment is removed almost completely intact, allowing for reuse and much less grinding of the base material. Another bonus is that plasma can remove the attachment in one pass vs. a minimum of two passes with other methods.

General cutting with an oxyfuel torch is used to fabricate blocks, fit up subsegments, and trim during final structure assembly. When having to join subsegments weighing up to 200 tons to the main ship body and again during final structural assembly, crews must often remove excess metal to ensure an accurate fitup. Rework, gouging, and the removal of temporary attachments are also needed during this stage. Currently, crews use a combination of oxyfuel, carbon arc gouging, and grinding to do this work. Using plasma to cut and gouge instead of oxyfuel and carbon arc gouging would eliminate the need for combustible gases, reducing the risk of a fire or explosion. In addition, the change would lead to cost improvements as shipyards wouldn’t need to buy gas or pay workers to monitor for gas leaks. Finally, plasma’s faster cutting speeds would help workers complete jobs quicker.

In closing, achieving operational excellence is critical for shipbuilders. Single-digit profit margins, customers’ demands to deliver ships within increasingly shorter timeframes, and general industry pressures mean shipbuilders need to do more in less time. At the same time, they need to make their yards safer to both attract new workers and keep the workers they already have on the job. Modernizing and streamlining production methods through the elimination of waste can help shipyards eliminate pain points and instead focus on operational excellence. In doing so, shipbuilders can increase bottom line profits while submitting more competitive bids and winning more jobs.

This article was written by Michelle Avila (communications manager, Hypertherm Inc.) for the American Welding Society.

Dive into the latest naval news making waves — from contracts for the manufacture of naval nuclear reactor components and fuel to a dive tank for multiple subsea applications — and so much more.
Read more

Even experienced operators make mistakes that can impact cut quality and consumable life. Many of the most common plasma-cutting and consumable issues can be avoided altogether by following the eight tips outlined in this article.
Read more

The U.S. Department of Labor announced a funding opportunity of $3.4 million for up to nine grants to attract and keep women in Registered Apprenticeship Programs and industries where they are underrepresented such as manufacturing, infrastructure, cybersecurity, and healthcare.
Read more