With the Netflix premiere of the Metal Shop Masters series on September 10, welding and cutting now have a spotlight in mainstream entertainment programming. 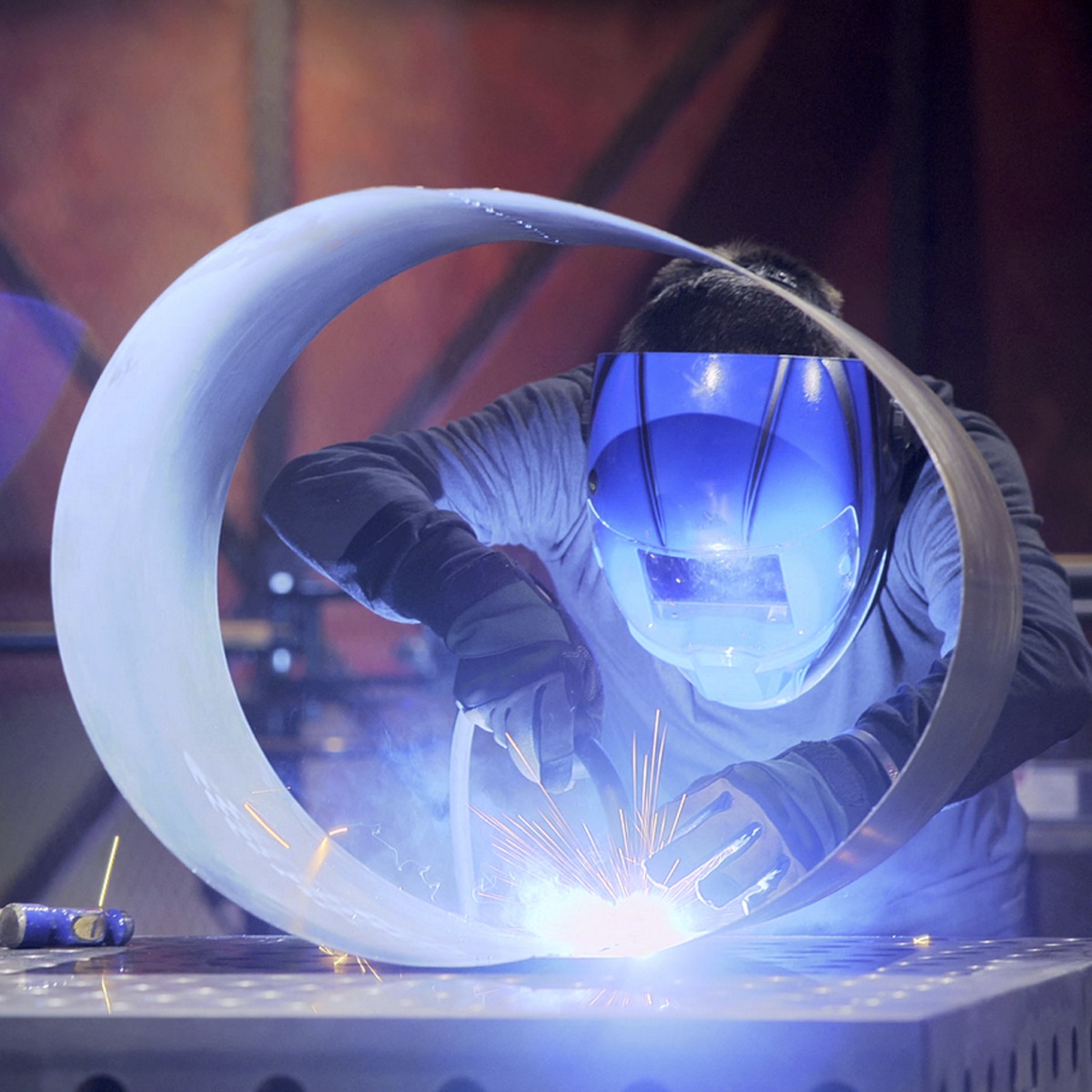 With the Netflix premiere of the Metal Shop Masters series on September 10, welding and cutting now have a spotlight in mainstream entertainment programming.

Lead photo: A welder works on a project in Episode 4, “The Sound of Music.”

To judge the competition, the show’s producers tapped the American Welding Society’s (AWS’s) own Stephanie Hoffman, program manager of workforce development at AWS, metal artist, and welding instructor, and David Madero, a Mexican-American metal sculpting artist who is known for such creations as the 120-ft. “Monumental Christ.” AWS also served as an advisor for the show.

Four of the Metal Shop Masters competitors, Ivan Iler, Frank Ledbetter, Rae Ripple, and Tom Patsis, made a surprise appearance at FABTECH ’21 on September 14 at an AWS Meet and Greet. They shared their experiences on the show, expressed the bond formed between the contestants, and answered questions from the audience.

During another AWS Meet and Greet at FABTECH ’21 on September 15, Hoffman and Madero discussed what it was like to be judges on the show and meet such talented competitors. The details of Metal Shop Masters remained a closely guarded secret until the premier, and this event was the first public appearance where both judges could speak freely about their experience.

Hoffman and Madero revealed what went on behind the scenes, including the challenges of shooting during the COVID-19 pandemic, how they were each selected to be judges, the levity Koy brought to the set, Hoffman’s saxophone experience, and more.

“There were a lot of people who put the show together, and we’re really happy with the final product,” Hoffman shared. “Next season we’re hoping to have many more competitors and maybe a longer run time to get more good technical talk in there.”

“The best part was meeting everyone . . . It was like welding art summer camp,” said Madero. 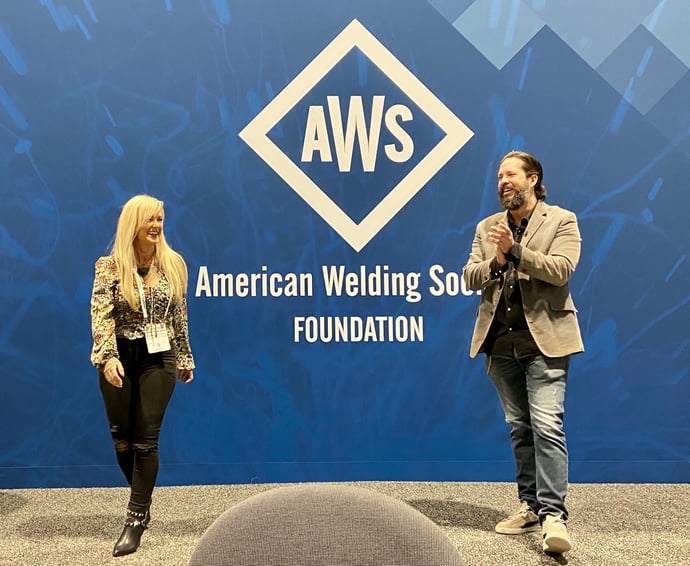 Hoffman started welding in high school and found early employment in pipe welding. After joining the army and completing her service, she went back to welding and pursued a degree in education. Teaching and mentoring young welding students was hugely rewarding and led to an opportunity to elevate both her passion for welding and welding instruction with AWS.

“I’ve done a lot of heavy construction-type welding and fabrication, and I’ve been a welding educator,” said Hoffman. “It’s also the first time that a woman has been the content expert on a global show like this. I’m proud to represent the industry on the professional side, and I just happen to be a woman.”

Madero is a metal sculptor, furniture designer, and owner of Madero/Co. Welding since he was five years old, some of Madero’s most notable works include the 500-ft monumental steel “La Serpentina” for the Albuquerque International Airport and the eagle and serpent (Mexican coat of arms) sculpture, “La Fuerza Del Espiritu”, installed in Los Pinos, Mexico City, Mexico.

In January 1922, the American Welding Society (AWS) published the Proceedings of the American Welding Society, which over the years has been transformed into what is now the Welding Journal. This month, the Welding Journal celebrates its 100th year of continuous publication. Readers can look forward to an honorary column that will celebrate the past of our flagship magazine, a special 100-year anniversary issue in April, and more announcements to come.
Read more