How Specifications Keep Aerospace Vehicles up to Standard

Regardless of how they’re used, all aerospace vehicles are manufactured and repaired according to specifications. Manufacturers and tiered suppliers have stringent requirements that govern their processes to ensure components meet the end ... 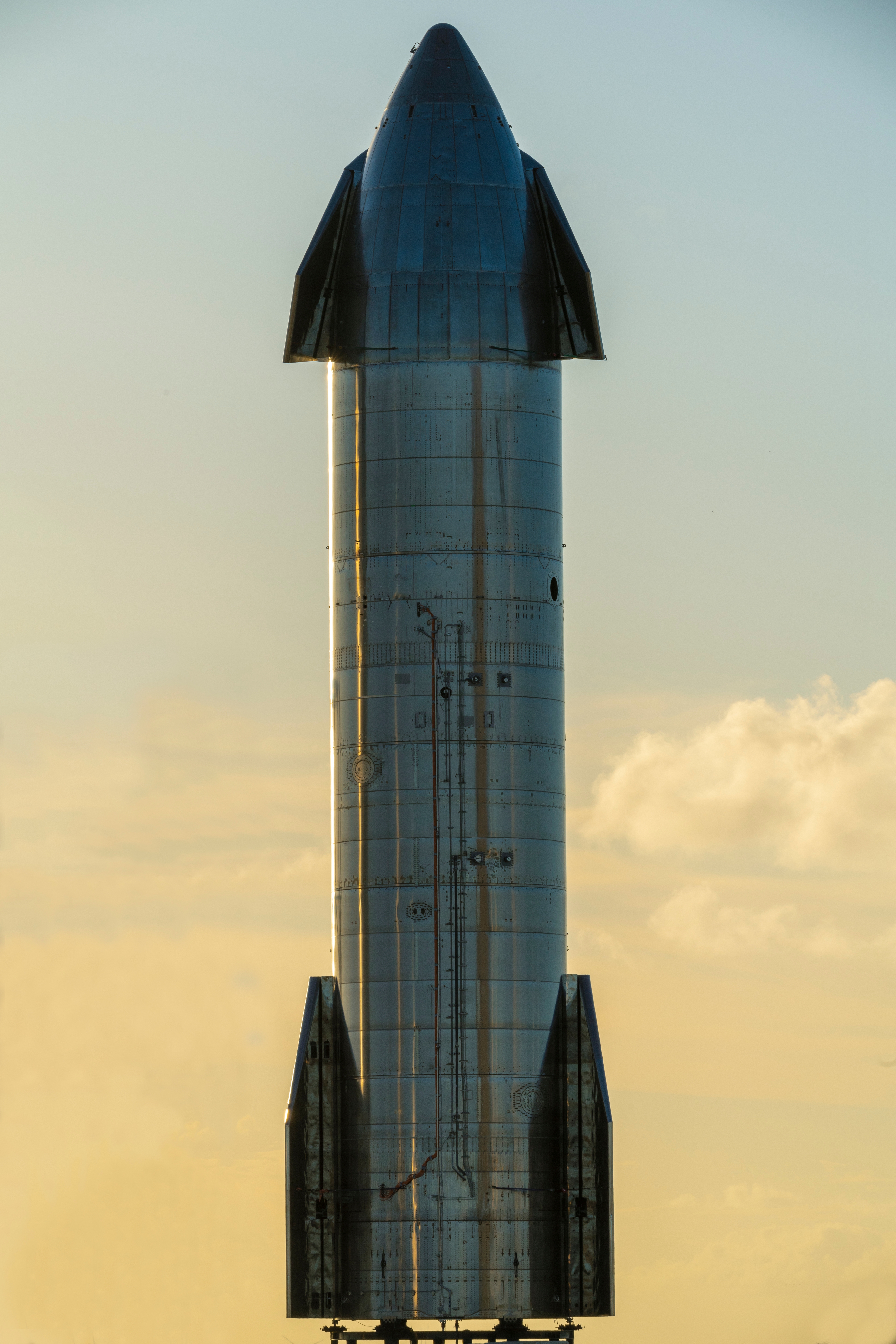 Regardless of how they’re used, all aerospace vehicles are manufactured and repaired according to specifications. Manufacturers and tiered suppliers have stringent requirements that govern their processes to ensure components meet the end requirements.

These requirements have existed in various forms, such as governmental standards, internal specifications, and unique contract requirements, but many in the aerospace industry now default to voluntary-compliance and/or industry-consensus standards.

In 1993, a small group of individuals gathered to draft what is now AWS D17.1, Specification for Fusion Welding for Aerospace. Over the following decades, the specification has been adapted to include three subcommittees that cover resistance welding (D17D), friction stir welding (D17J), and fusion welding (D17K) for aerospace applications.The AWS D17.1 specification is widely used by those fabricating hardware for the aerospace industry.

Welding applications within the aerospace industry can have a variety of levels of criticality. Within the D17.1 specification, there are three classes: A, B, and C. Each of the different weld classifications requires different amounts of testing for the qualification of the welding procedure specification, documentation that needs to be retained or maintained, and skill sets that need to be proven to successfully implement the weld into a company’s manufacturing operations. The more stringent obligations for a Class A weld also cover the requirements for a Class B or C weld. Because of this, many in the industry will perform the welding qualification and performance qualification testing to Class A to provide extra versatility for their future operations.

A failure of any Class A weld would result in loss or completely compromise the integrity of a critical system. Most of the welding on a new plane will be on the power plant or jet turbine assembly and components, such as fuel rails and hydraulic systems. If a weld were to crack in a fuel supply manifold, fuel could leak into the engine shroud, heat up, and catch fire. The loss of an engine would be considered a critical failure of the system or the entire craft. Most applications for welding in an airplane are related to jet turbine components, from the manufacturing of the fuel supply tubing and combustion chambers to the repair of the turbine blades themselves.

Class B welds are those that would reduce the strength or effectiveness of a system if they failed. While Class B welds might not always compromise flight safety, the substantial impact to a system’s efficiency in the event of a weld-related failure can cause direct financial impact. In select air handling duct and tubing welds, a failure by the HVAC system for the pilots or the passengers could be unpleasant. However, the personnel would not likely be subjected to any extreme life-threatening situation. In the worst-case scenario, the pilots would have to deviate from the original flight path if the cabin temperatures became too extreme. This deviation would result in extra fuel consumption and/or delays to the normal flight schedule.

Welds that do not have structural bearing on the craft or would not affect performance whatsoever are Class C welds. The welds in this classification would be cosmetic repairs or less-critical ground support hardware. For example, after hundreds of passengers stomp across the threshold of a jumbo jet, the trim may get deformed. When a repair technician attempts to bend it back, it may crack. A weld to repair the crack on the cosmetic trim would still need to be documented, but it would not require the extensive testing an engine component would because there is virtually no risk of the plane’s integrity being compromised if the weld failed.

The aerospace industry also polices itself to ensure the safety of cargo, passengers, and civilians on the ground. Most top-tier manufacturers require that lower-tier suppliers be audited for compliance to various requirements via an organization called the Performance Review Institute (PRI). Meeting the requirements of the National Aerospace and Defense Contractors Accreditation Program (NADCAP) is somewhat of a universally accepted sign that a company is capable of properly adhering to its obligations and can reliably build flight hardware.

These NADCAP audits can include an in-depth review of various levels of documentation and procedures covering anything from raw materials and welder/welding procedure qualification records to nondestructive examination records proving adherence to the engineered design. If an auditor finds that either the documentation or a prescribed welding procedure was not followed, a compliance finding is issued. Depending on the severity of the finding, this can result in a minor corrective action or one as severe as having a contract completely revoked.

Creating industry consensus standards is not easy. Refining them is no exception due to the complexities and unique use cases. It takes countless hours from hundreds of professionals and subject-matter experts to keep the process moving. These volunteers are a diverse group of people — such as consultants, educators, original equipment manufacturers, repair personnel, and general interest members — who meet multiple times per year to make decisions acceptable for everyone.

This ongoing collaboration is a highly rewarding process that builds friendships with some of the most knowledgeable people in the industry. It can also lead to industry recognitions and accolades. AWS allows any member to attend committee meetings as a guest. Guests are encouraged to be involved in discussions, debates, and task group activities. Within the ever-changing dynamics of materials, designs, and welding technologies, the AWS codes and specifications are and will always be works in progress. 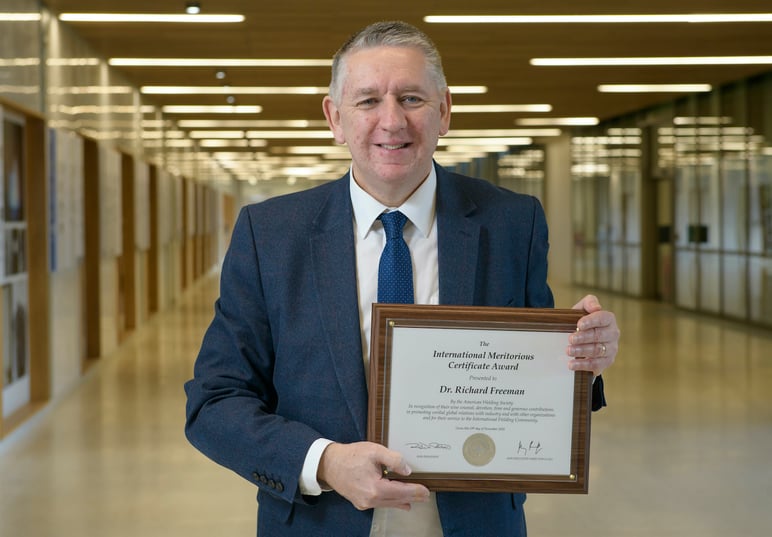 Dr. Richard Freeman received the AWS International Meritorious Certificate Award for his dedication and contributions to AWS D17.1 and other welding standards globally.

The COVID-19 pandemic has dramatically impacted the manufacturing and industrial landscape in the United States. As we emerge from it, the shortages and supply chain shocks prevalent in its early stages have generated renewed federal interest in reshoring manufacturing capabilities. New processing and control tools will impact much of the landscape that will arise from this planned reinvestment. Significant enhancements in computing power have driven the development of many advanced manufacturing routes enabled by machine learning, artificial intelligence, mechanistic modeling, and process automation.
Read more

Computer numerical control (CNC) machines play an essential part in countless manufacturing applications. They build these machines for processing a variety of materials, such as metal and plastic, and shape them into the required forms. Advanced technologies have also enabled CNC machines to become more powerful by featuring more axes for greater precision and enhancing operational efficiency. As CNC machines continue to evolve, they require more complicated components, faster operating speed, and greater attention to the machines’ operation status to avoid system downtime.
Read more

What if someone told you it is possible to capture welding data for each weld joint on a particular structure? You can see everything from amperage and voltage information to data that show specifications have been met. Sounds too good to be true, right? It’s happening and helping manufacturers in the military, offshore and onshore wind, shipbuilding, nuclear, and more industries prove they’ve welded structures to original equipment manufacturer (OEM) specifications and streamline approval processes.
Read more