How Small and Mid-Sized Manufacturers Can Support U.S. Security and Economic Growth

Throughout the coronavirus pandemic, many have reflected on the ways in which COVID-19 has completely changed the way companies do business as well as their workflow processes. The pandemic has uprooted day-to-day routines and affected the ability ... 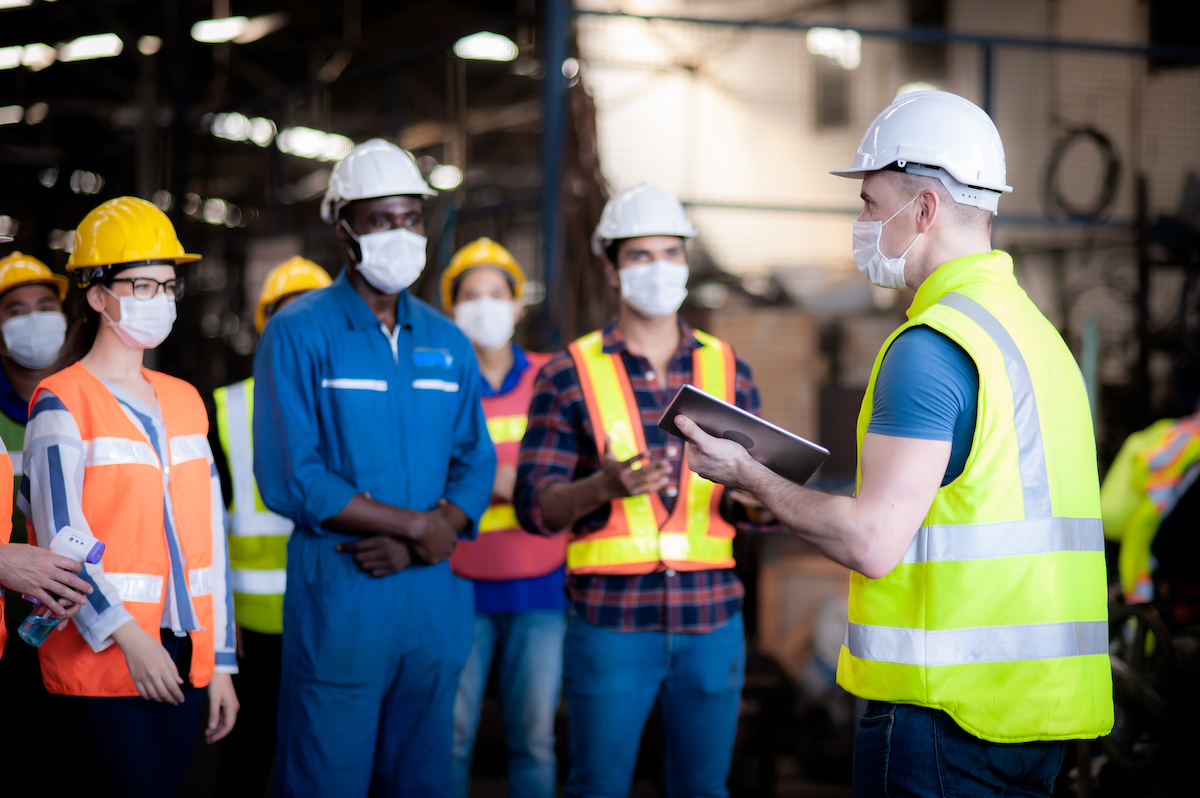 Throughout the coronavirus pandemic, many have reflected on the ways in which COVID-19 has completely changed the way companies do business as well as their workflow processes.

The pandemic has uprooted day-to-day routines and affected the ability of companies, large and small, to operate effectively. Businesses have had to adjust on the fly, shifting to remote work and streamlining their processes to stay afloat. But beyond profit and job losses, the pandemic has highlighted the importance of domestic manufacturing, revealing the warning signs of what might happen should it not receive proper funding.

As the pandemic raged on, international trade came to a standstill. With factory operations suspended across the world, quick thinking and ingenuity were a necessity to keep supply chains afloat. That’s when North American manufacturing companies came to the rescue and demonstrated their standing as an integral part of the global response.

According to the Small Business Administration, there are more than 600,000 manufacturing companies in the United States with fewer than 500 employees. And when times were tough, it was these small and large businesses, which employed 12.2 million workers, that stepped up to the plate. The reach that these companies have can be seen across the American economy. But the collective imagination around the support and policy measures to bolster these companies and further impact economic growth remains lacking.

There is clear evidence that investing in manufacturing leads to job growth and economic stimulation. According to the National Association of Manufacturers, manufacturing is the biggest boon for the U.S. economy, producing $2.3 billion worth of goods per year. What’s more, according to an article by Money Crashers, every manufacturing worker supports approximately 1.4 additional jobs. Promoting American-made products and placing an emphasis on manufacturing workforce training will force the hand of multinational corporations and, in effect, add trillions to the American economy.

When it comes to innovation within this sector, small to mid-sized manufacturers are in a much better position to address problems affecting the industry head on. According to a newsletter by Industrial Media, research shows that these companies make up 70% of all manufacturers across the United States, and domestic manufacturing accounts for 90% of all new patents filed.

It’s these companies that are on the cutting edge. For example, at Master Fluid Solutions, the newly patented and launched TRIM® HyperSol™ 888NXT, a neo-synthetic cutting fluid made of bio-based ingredients, marked a new chapter for manufacturing. 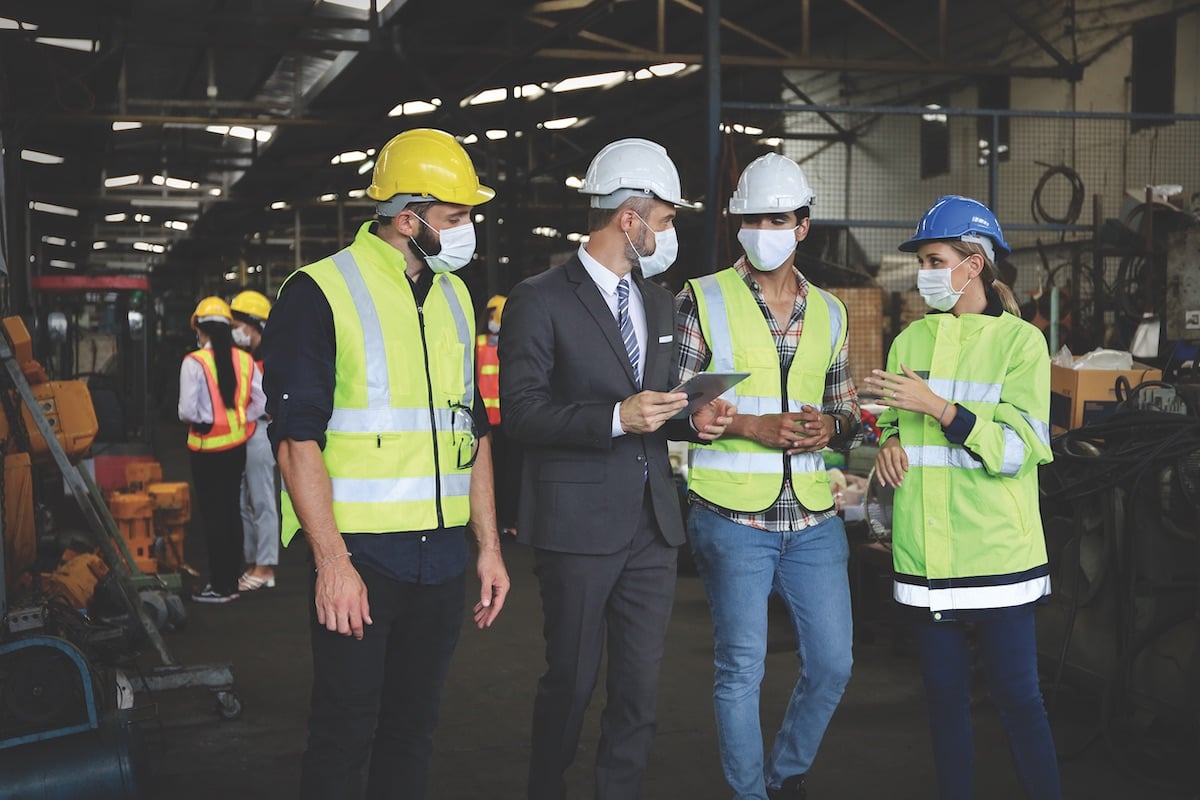 The push for ingenuity also comes with a need for greener practices. Once more, small and mid-sized manufacturers are at the center of this fight. For example, in the steel industry, the emphasis on staying green has long been in effect. According to the American Iron and Steel Institute, the American steel industry has reduced its intensity of greenhouse gas emissions by 37% since 1990.

Manufacturers have shown that they are acting in good faith — and since they have taken independent steps toward efficiency, further investment in their processes can only help. Couple that with the continued push from the U.S. government to “buy American,” and it’s clear that there are positive steps being taken to keep jobs within the country and reduce the carbon emissions that would otherwise result from shipping and importing goods.

Furthermore, placing pressure on companies to stay in America can have a positive impact on the supply chain. In February 2021, a semiconductor shortage led General Motors to project a potential $2 billion profit loss. Shoring up American supply chains and ramping up U.S.-based production would minimize these types of shortages, as any reliance on what might be happening elsewhere in the world becomes much less important.

While the forward momentum around keeping manufacturing stateside is a good start, there is still more to be done. Presidential executive orders and legislation certainly help, but there must also be increased messaging around supporting American-based companies. According to the Alliance for American Manufacturing, studies show that if every American spent just $64 on American-made products each year, it would be enough to support 200,000 new jobs.

However, creating these jobs won’t mean much if the proper vocational training isn’t in place. Instituting policies centered around installing apprenticeship programs, funding for community colleges, and rebuilding the labor force is the best way to establish an American-based workforce infrastructure that is healthy and thriving.

The challenge comes from putting these ideas into action. It requires an effort to place pressure on leaders to recognize the generational impact small and mid-sized manufacturers have had and, with the right strategies in place, will continue to have. It takes action from all of us.

Here are six steps we recommend:

1) Federal and state governments must recommit themselves to investing in domestic manufacturing.

2) Departments from the top of the government to the local level must institute programs that promote “buying American.”

3) Initiatives that shore up supply chains for critical industries must be a priority.

4) Create vocational training and reskilling programs that increase and diversify the workforce and build a large pool from which to draw from.

5) Make an effort to reduce the regulatory burden on manufacturing and domestic logistics.

With these steps in place, the innovation and support provided by midsized manufacturers will continue to flourish and contribute to the long-term goals of sustainability and growth shared by all those across industry.

This article was written by Dean Froney (president and CEO of Master Fluid Solutions, Perrysburg, Ohio) for the American Welding Society.

Companies and welders are always looking for ways to improve their efficiency and ability to tackle difficult jobs. These new automation products will help make the most of a company’s uptime.
Read more