More than 70 years after first entering service, hundreds of vintage Chipmunk airplanes remain airworthy around the world, mainly as trainer aircraft. Repair and maintenance of many of their components remain a challenge due to lack of components as ... 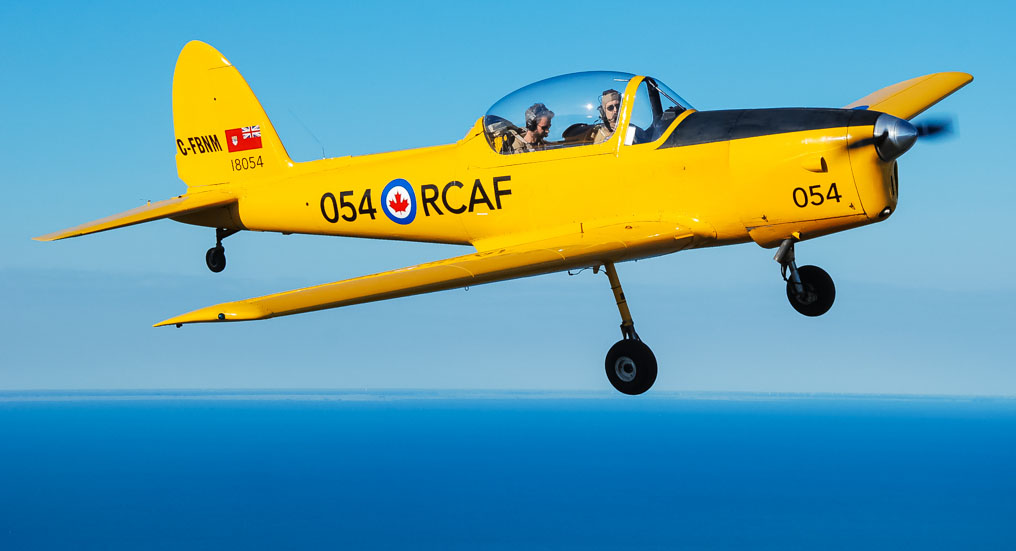 More than 70 years after first entering service, hundreds of vintage Chipmunk airplanes remain airworthy around the world, mainly as trainer aircraft. Repair and maintenance of many of their components remain a challenge due to lack of components as well as process temperature sensitivity. Fortunately, there is cold spray, a solid-state metal consolidation process that can be used to dimensionally restore components made of materials that are highly sensitive to elevated process temperatures.

In this article, a leaky engine casing of a Chipmunk vintage aircraft was successfully restored, for the first time, using cold spray technology. This study shows a step-by-step restoration procedure, which was then certified as a new repair procedure by Transport Canada (TC), the Canadian organization responsible for safe air transportation policies and programs.

A History of the Chipmunk

The Chipmunk, named after a small Canadian chipmunk squirrel, is a post-war, vintage aircraft originally developed and manufactured in 1946 by De Havilland Aircraft of Canada Ltd. (De Havilland Canada), now part of Bombardier. The De Havilland Canada DHC-1 Chipmunk is a tandem, two-seat, single-engined primary trainer aircraft. During the late 1940s and 1950s, this aircraft was procured in large numbers by military air services, such as the Royal Canadian Air Force, Royal Air Force, and several other nations’ air forces, where it was used as their standard primary trainer aircraft.

Many of the Chipmunks that had been formerly in the military were eventually sold to civilians, either to private owners or to companies, where they were typically used for a variety of purposes, often involving their excellent flying characteristics and capability for aerobatic maneuvers.

However, spare components for these historical aircrafts are either scarce or price prohibitive, and repair technologies are not always available for maintenance of a variety of their components.

Mechanical wear and tear had put a toll on the integrity of the engine casing of a Chipmunk DHC-1 aircraft. During overhaul of the Gipsy DH Major 10MK1-3A engine, following the Canadian Historical Aircraft Association’s TC-approved Maintenance Manual, unacceptable cracking of a flange area and bolt holes of the lower crankcase and upper cover were discovered by the liquid penetrant nondestructive examination (NDE) method (Ref. 1) (Figure 2). These cracks put the mechanical integrity of the engine at risk by allowing engine oil to leak out. One of the flaws included a through-thickness crack at the root of the flange, which caused detachment of the flange and thus eradication of one fastening post to the lower crankcase. The materials of the top cover and lower crankcase were magnesium and aluminum cast alloys, respectively, which would not tolerate elevated-temperature repair processes, such as welding. 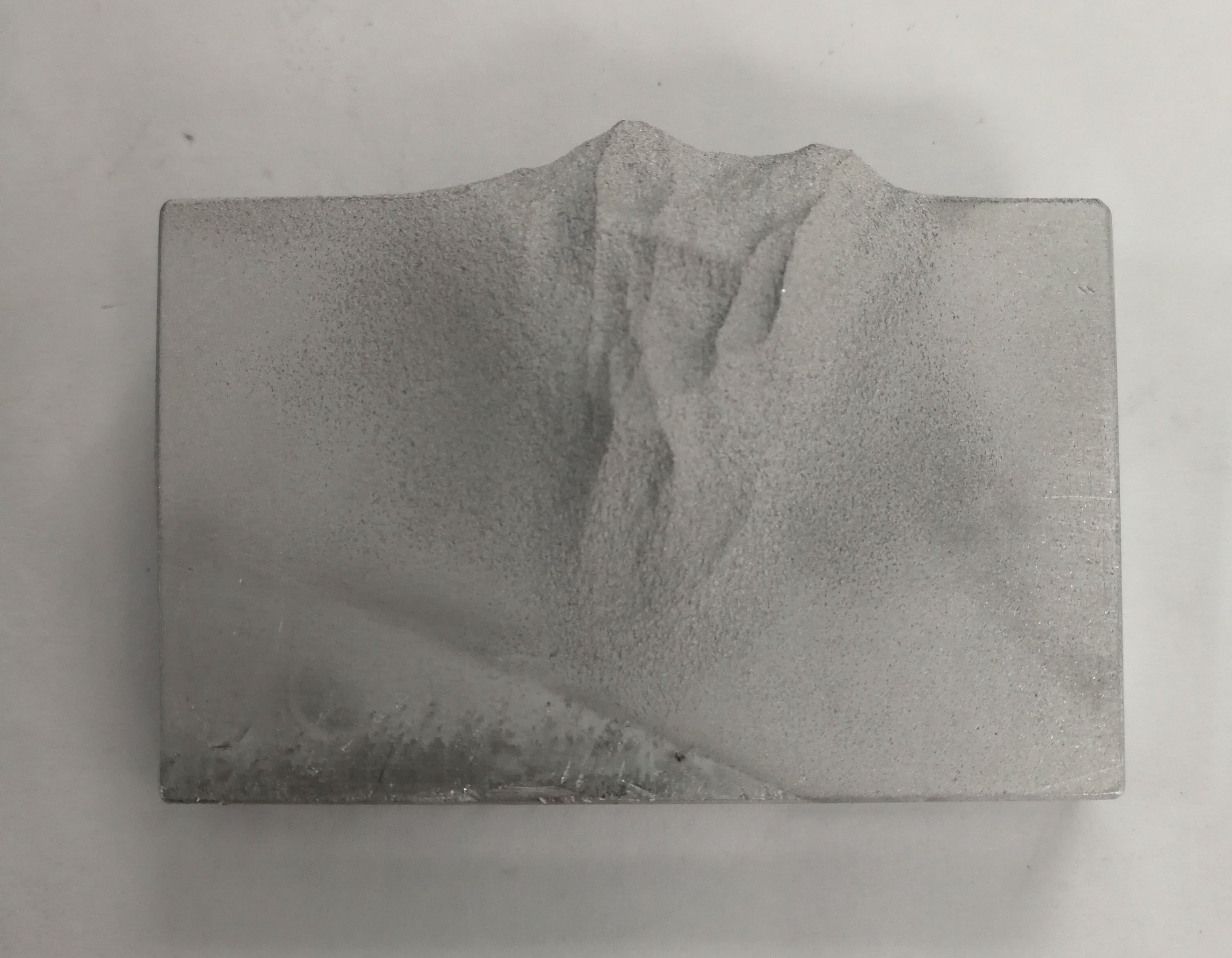 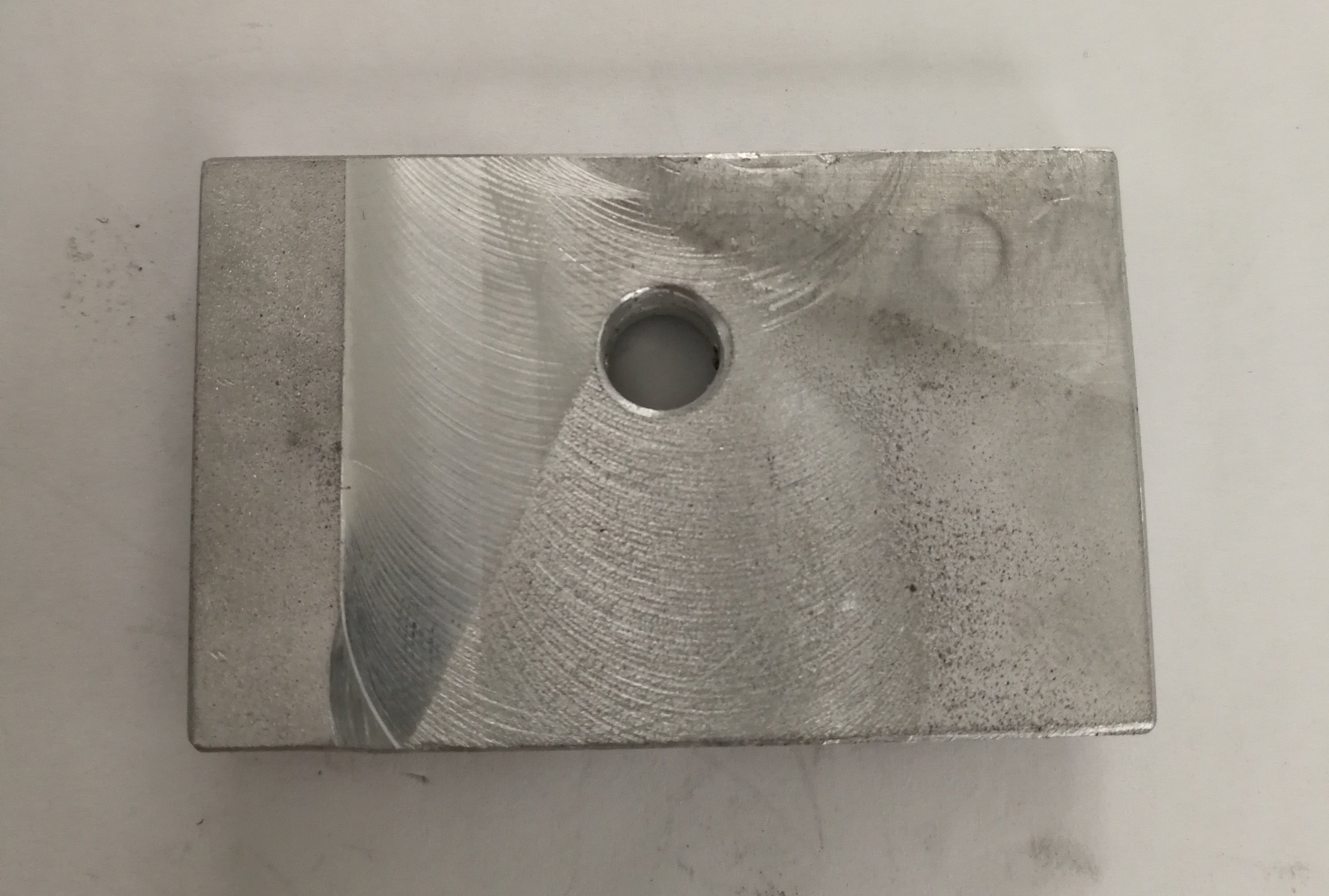 Cold spray is a solid-state metal consolidation process that uses a high-speed gas jet to propel metal and other powder particles against a substrate where particles plastically deform and consolidate upon impact. The term cold spray refers to the relatively low temperature involved in the process, which is typically much lower than the melting point of the spray material and substrate. In the Supersonic Spray Technologies (SST™) cold spray equipment, air can be used as a propellant gas and temperatures will be low enough not to thermally disturb the substrate material. After low-temperature dimensional restoration of the area, the new consolidated material can be effectively machined back to tolerance using standard machining techniques. SST cold spray offers the ability of all-metal consolidation for dimensional restoration in both manual and robotic applications.

The Repairs Take Off

The missing features were rebuilt using the SST cold spray process, following the recommendations of MIL-STD-3021(2), Department of Defense Manufacturing Process Standard: Materials Deposition, Cold Spray, for nonstructural repair (Ref. 2). A specific repair procedure was developed in conjunction with TC, which included simulation trials of the free-form rebuild to ensure the viability of the repair. The pre-qualified spray material recommended for this repair was a mixture of 99.5% aluminum particles and 99.0% aluminum oxide particles. When sprayed using the parameters in Table 1, the material met the requirements of ASTM C633, Standard Test Method for Adhesion or Cohesion Strength of Thermal Spray Coatings, yielding cohesive/adhesive strengths higher than 6000 lb/in.2 with densities higher than 99.5% (Ref. 3).

During the actual repair, the lower crankcase needed to be carefully masked to protect engine components during spraying and post-machining as well as avoid any kind of engine tear down or disassembly. Masking included dual hard mask and polymeric wrapping.

The final repair procedure was approved under TC Standard 625, Aircraft Equipment and Maintenance Standard — Canadian Aviation Regulations, and documented. The new TC repair procedure “specifies the process by which a repair may be performed on the following engine cover flanges. The flanges are used to bolt the engine cover down on a De Hallivand DHC-1 aircraft equipped with a Gypsy Major piston engine.”

Because adhesion of the metal powder to the substrate and deposited material is achieved in the solid state, the characteristics of cold spray deposits are unique, making the process suitable for producing well-bonded, low-porosity, oxide-free deposits. These attributes make cold spray fit for depositing a range of temperature-sensitive materials.

This article was written by Julio Villafuerte, corporate technology strategist at CenterLine Windsor Ltd., for the American Welding Society.

To achieve long-lasting performance out of your gas metal arc gun, inspect its liners, tips and other essential components.
Read more

A significant value stream can be achieved by recovering brazed components after their life cycle.
Read more

Computer numerical control (CNC) machines play an essential part in countless manufacturing applications. They build these machines for processing a variety of materials, such as metal and plastic, and shape them into the required forms. Advanced technologies have also enabled CNC machines to become more powerful by featuring more axes for greater precision and enhancing operational efficiency. As CNC machines continue to evolve, they require more complicated components, faster operating speed, and greater attention to the machines’ operation status to avoid system downtime.
Read more