ELCo Enterprises Inc. — a Michigan-based provider of welding wire products, torches, and cell support equipment — has always prided itself on supporting veterans in any way it can. The company was founded by a veteran, employs veterans, honors those ... 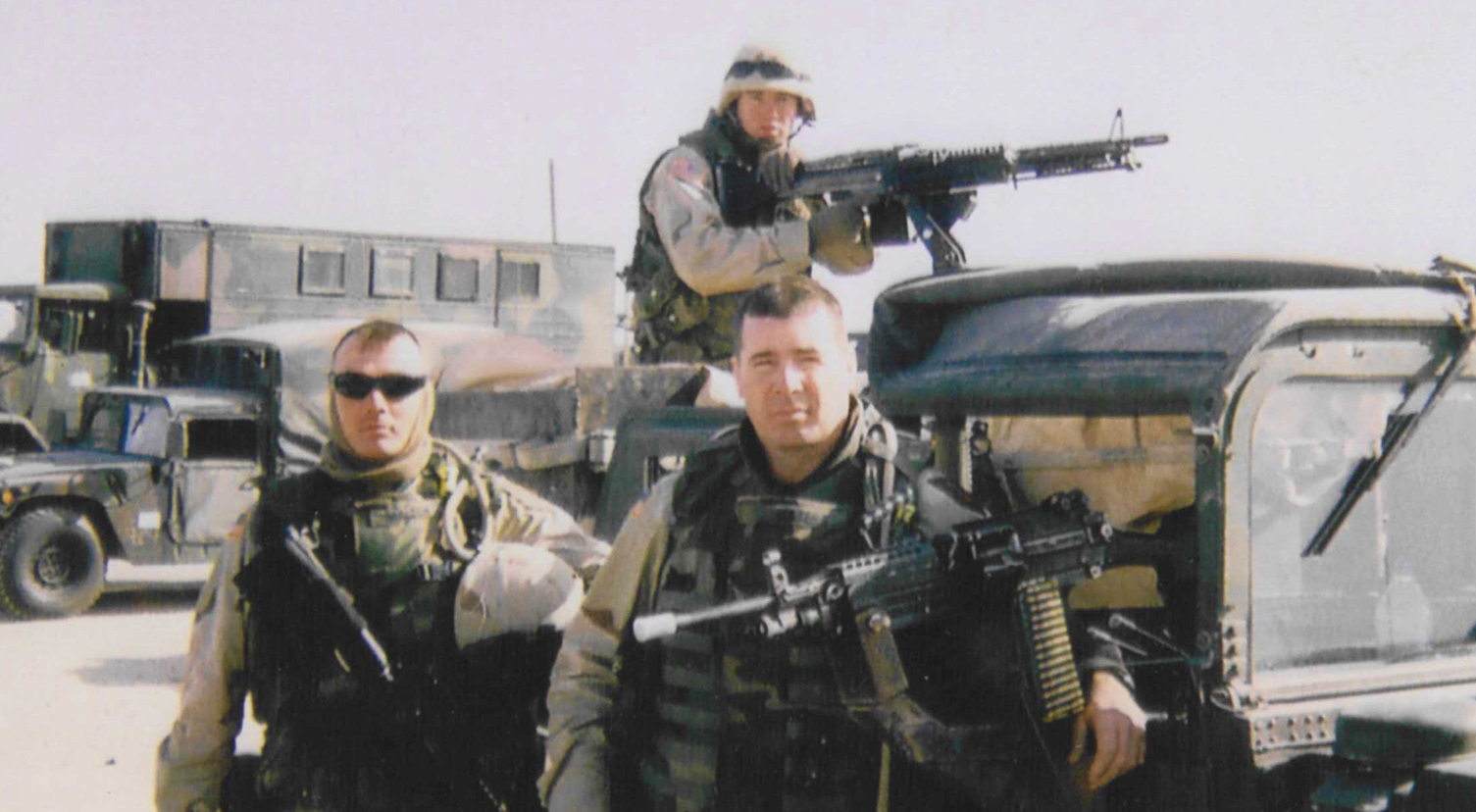 ELCo Enterprises Inc. — a Michigan-based provider of welding wire products, torches, and cell support equipment — has always prided itself on supporting veterans in any way it can. The company was founded by a veteran, employs veterans, honors those who served, and has benefited from its association with the armed forces.

From a Marine Corps Mechanic to an Entrepreneur

ELCo’s history with veterans dates back to its inception. As a young Marine in Vietnam, ELCo Founder and CEO Edward Cooper gained valuable experience that would prove beneficial throughout the rest of his career as a welding educator, inventor, and entrepreneur. Cooper served from1966 to 1970 as an aviation mechanic in the U.S. Marine Corps, where he coordinated maintenance control on aircraft such as the F-4 Phantoms and EA-6A Intruders that provided crucial air support throughout the Vietnam war. The experience also allowed him to develop other valuable abilities. 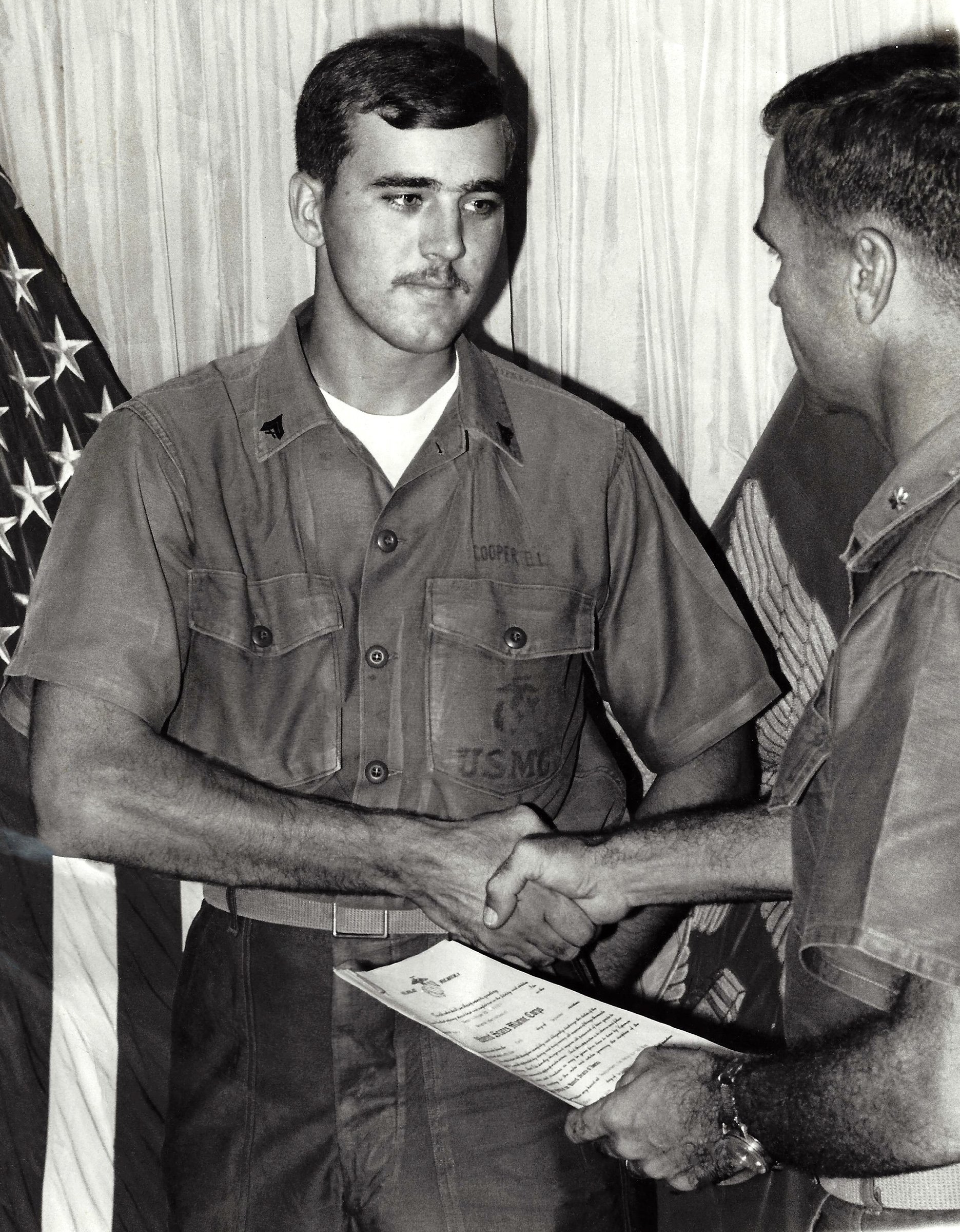 ELCo Founder and CEO Edward Cooper receives a Navy Commendation Medal for valor under combat for rescuing an aircraft in danger of exploding during a rocket attack at a refueling depot in Da Nang, Vietnam.

“The Marine Corps brought out qualities I never knew I had,” Cooper said. “There was an intense level of multitasking, often working on multiple types of aircrafts at once. Creative problem-solving in a very chaotic environment was extremely challenging.”

The skills and inspiration Cooper gained from his time in the Marine Corps led to a career in welding education and then his founding of ELCo Enterprises in 1985.

“The discipline and leadership skills I gained were invaluable,” he emphasized. “It helped me think about the bigger picture and inspired me to get my education and start my life once I got back home.”

Cooper was able to apply some of the same principles of aviation, such as understanding air flow and the importance of minimizing friction, to welding in areas like optimizing gas flow and reducing friction in the wire delivery system. Understanding these factors played a key role in helping him develop the dozens of patented products that make up much of the company’s WireWizard® product line, which consists of wire delivery and weld cell-support equipment.

Veterans Bring a Versatile Skill Set to the Workforce

In addition to being owned by a veteran, ELCo employs several veterans. While each person had unique experiences in the military, they share several skills that make them vital team members: a strong work ethic, leadership qualities, a sense of urgency to meet tight deadlines, and the ability to work collaboratively as a team to meet goals.

For example, learning how to work as a team in a highly diverse environment is an experience ELCo Tool Maker James Prettenhofer values from his time serving in the U.S. Army in Iraq during Operation Desert Storm.

“One of the best things about the Army is the experience with diversity and working together as a team,” he said. “You learn to come together as Americans and accept everyone regardless of beliefs, race, or background.”

Prettenhofer continues to utilize these essential skills in his role as a tool maker.

Not only do veterans learn soft skills that are easily transferable to the civilian workplace; they also have strong vocational and technical skills. Coming from a military background — his father and brother served in the U.S. Air Force — ELCo Technical Sales Representative Mark Carter served eight years in the U.S. Air Force and Minnesota Air National Guard as a metals technology specialist. As a level II aircraft gas tungsten arc welder, he learned from some of the nation’s best. 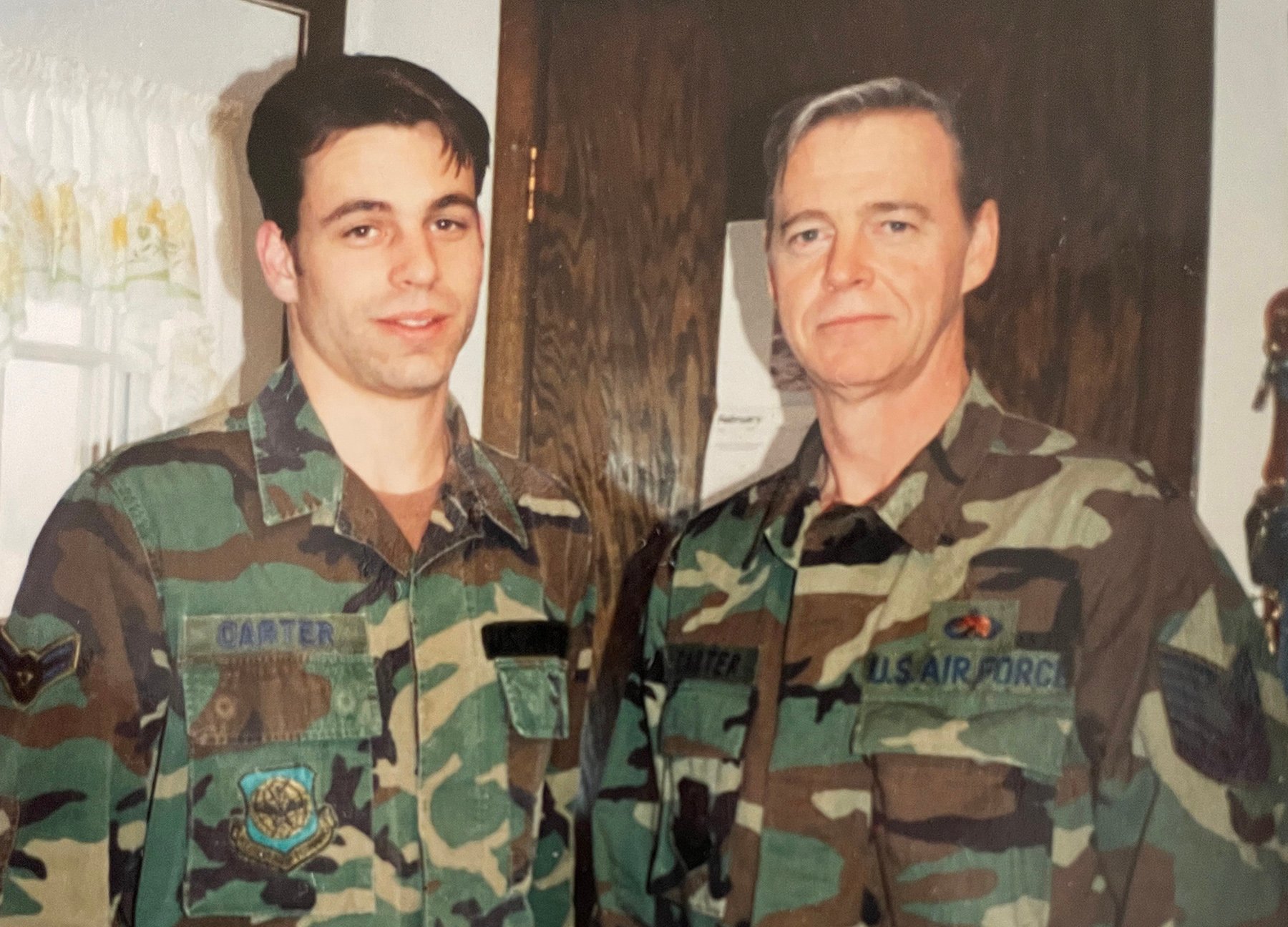 “I received training from some highly skilled welders in the Air Force who had experience in extremely challenging and unique welding applications,” Carter said.

Another essential skill welder veterans bring to the workforce is the ability to complete tasks in stressful situations.

“When working on a C-130 Hercules, if I wasn’t able to repair a critical structural component, it would have cost $120,000 to replace and grounded the plane for over a month,” Carter said. “It was a great feeling of accomplishment to have been able to successfully complete that weld and get the plane back in service.”

Welder veterans also understand the important role welding plays in safeguarding others. For example, in the military, welding is not only used to repair equipment; it’s also used to reinforce equipment to save lives in the event of an enemy attack. ELCo Production Team Member Jeff Waters served in the military for 24 years as a U.S. Army Ranger and experienced firsthand the impact welding can have on safety when he helped retrofit a Humvee® to withstand an improvised explosive device (IED) attack. The experience also taught him how to be resourceful and inventive to solve problems on the spot. 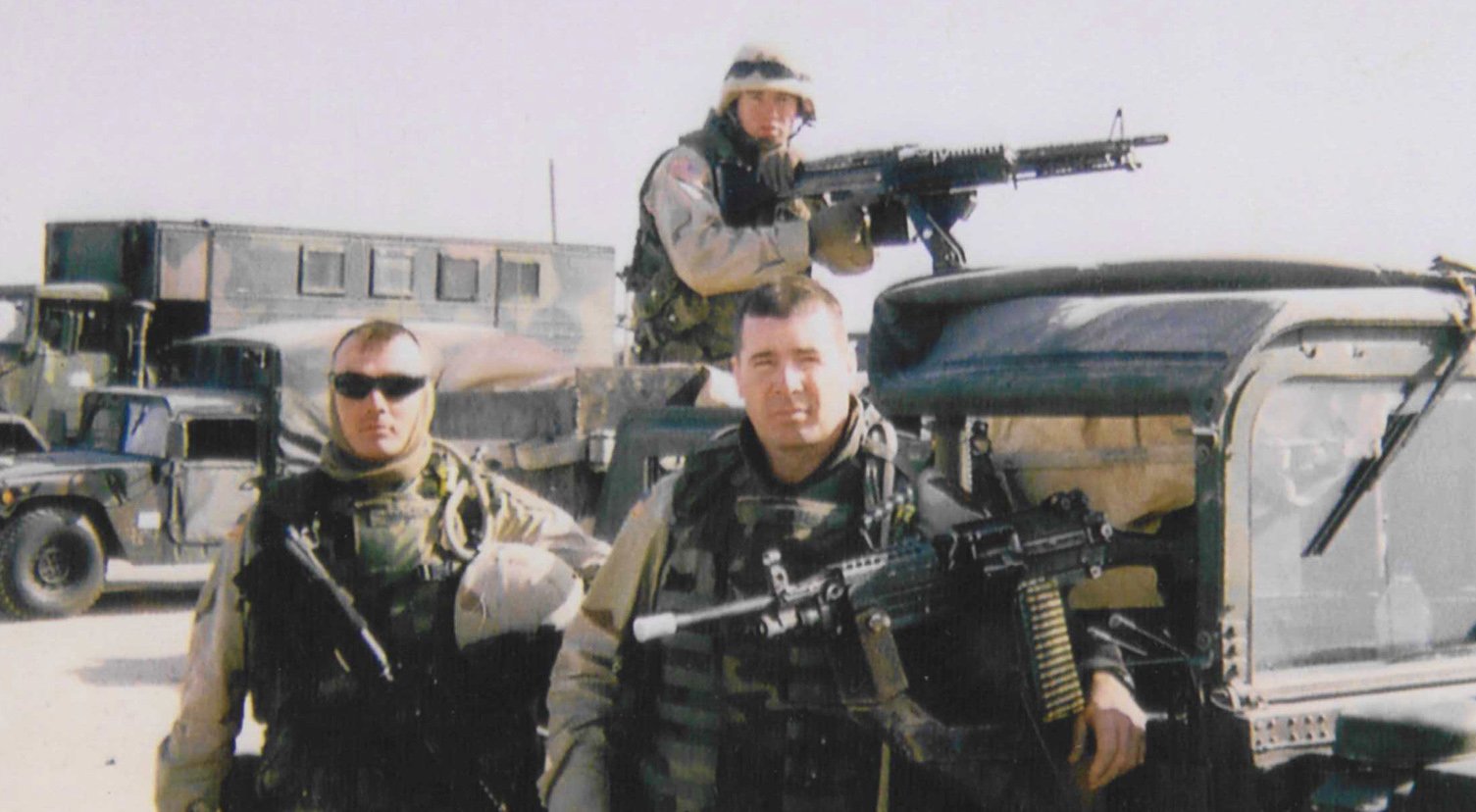 U.S. Army Ranger Jeff Waters (front, center) is pictured with fellow soldiers and the Humvee that was outfitted with additional armor.

“When I was in Iraq during Operation Desert Storm II, the Humvees were lightly armored and not built to withstand an IED attack. Me and one of our combat engineers scavenged scrap metal from wherever we could find it, and he welded the pieces onto our Humvee to provide additional protection. He even fabricated an additional machine gun mount,” Waters recalled. “By the time we were done, we had to add another leaf spring to the vehicle to support all the extra weight.”

Many veteran hires come with less school debt thanks to several education and training benefits, including the GI Bill®. This is in contrast to the average U.S. college graduate, who has about $30,000 in college debt (according to U.S. News data).

For example, ELCo’s Technical Sales Representative Nolan Nowak, a graduate of Ferris State University’s welding engineering technology program, was an infantry soldier in the Michigan Army National Guard (ARNG) for eight years. Nowak served his country and obtained leadership skills, and a portion of his college tuition was covered by the ARNG tuition assistance program.

“The National Guard facility was located in Big Rapids near Ferris, so I was able to serve in the National Guard and attend school at the same time,” Nowak said. “Shooting a 50-caliber machine gun never gets old, and having much of my tuition paid for was another great benefit.”

In addition to hiring veterans, ELCo continues to show its support by engaging in activities that recognize the sacrifices made by veterans.

One way the company honors veterans is through its participation in the Greenlight A Vet campaign, which encourages people and companies to show support for American veterans by changing lights in visible locations to green. ELCo shines two green lights every night at the main entrance to its headquarters.

The company has also shown its support of veterans through volunteer work. For example, several years ago, Cooper’s other company, Nu-Ice Dry Ice Blasting, donated labor and equipment to clean the grave markers at a local cemetery for Memorial Day. After being cleaned with dry ice, the soldiers’ names on the headstones became legible despite the years they had spent covered in dirt and algae buildup.

Nu-Ice Dry Ice Blasting donated labor and equipment to clean the headstones at a cemetery in Jackson, Mich., for Memorial Day.

ELCo’s veteran team members agree that their time served in the military was a positive, life-changing experience that imbued them with skills they continue to use.

“The camaraderie and life lessons you learn are something you never lose,” Cooper affirmed. “My time in the Marine Corps is an experience I will treasure for the rest of my life.”

As a welding instructor, I have often dreamt about opening my own welder training facility but have always looked at it as an unobtainable dream. I can’t even begin to imagine how would I prepare myself to make my very own school a reality. With this in mind, I thought I would love to talk to someone with first-hand experience — so I asked Scott Raabe, who recently did the very thing I find so unobtainable in starting Precision Welding Academy, Katy, Tex. He gave me a glimpse into his teaching styles and what it takes to open a training facility.
Read more

The American Welding Society (AWS) Foundation is partnering with Vectis Automation to raise funds for scholarships to support welding students. In honor of National Welding Month, Vectis Automation will donate a percentage of each system sale during the month of April to the AWS Foundation.
Read more

With the vast majority of energy harnessed and consumed in the United States still coming from fossil fuels, Strobel Companies primarily support the growth and distribution of liquid energy. Welding is key to its operations.
Read more