Jordan Packer will represent the United States as the sole welding competitor at the 2022 WorldSkills Competition in Shanghai, China, after taking second place at the USA Final Weld-Off. 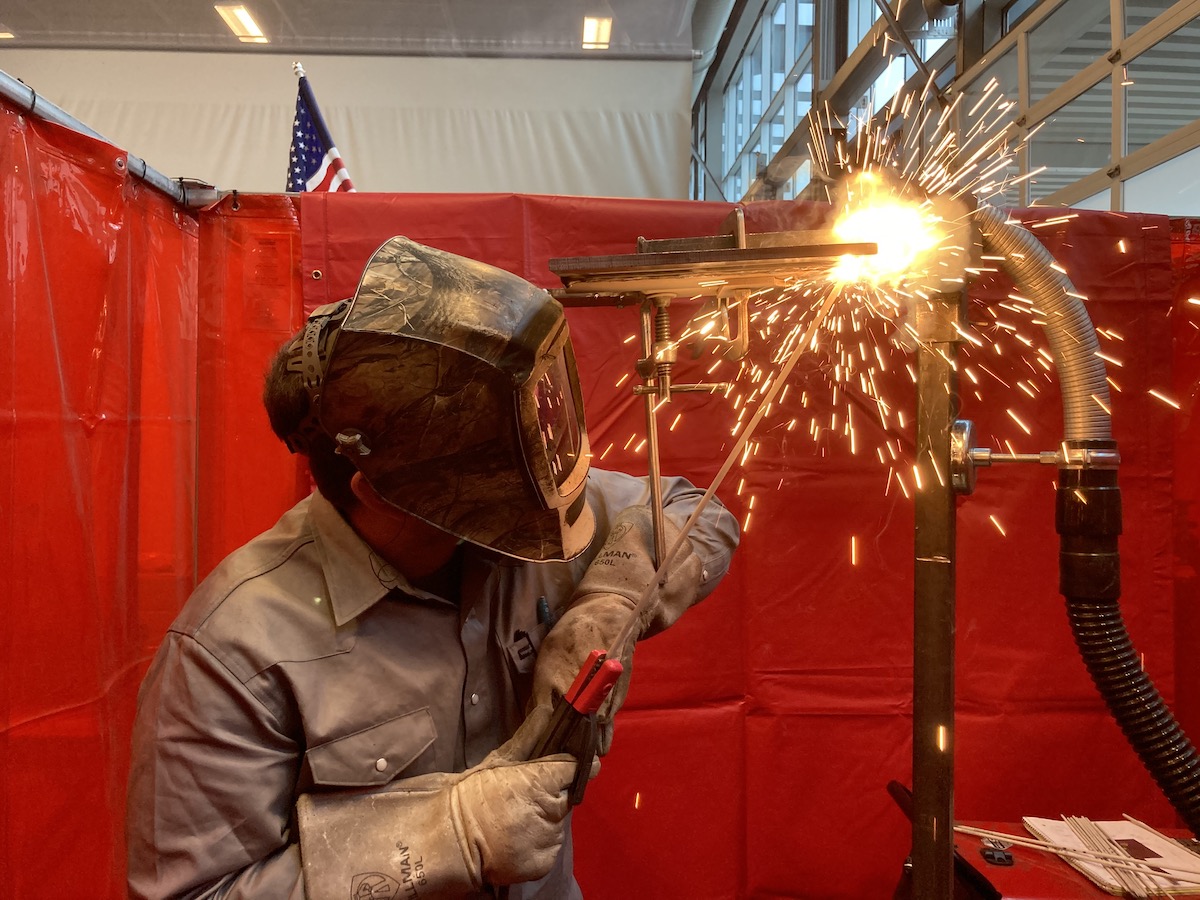 Jordan Packer will represent the United States as the sole welding competitor at the 2022 WorldSkills Competition in Shanghai, China, after taking second place at the USA Final Weld-Off.

Update: The 2022 WorldSkills Competition in Shanghai, China, has been canceled. Click here for more information.

“I am extremely excited to represent the greatest country on the planet,” Packer said. “I have always been super patriotic, so now being able to represent the United States by doing something I love is incredible.”

The Final Weld-Off, held at Alabama Robotics Technology Park, Tanner, Ala., from March 7 to 11, consisted of four different modules with 18 hours allotted to finish the modules over three-and-a-half days. To prepare for the competition, Packer practiced upwards of 75 hours a week to master gas metal, gas tungsten, flux cored and shielded metal arc welding, all while balancing school and family life. 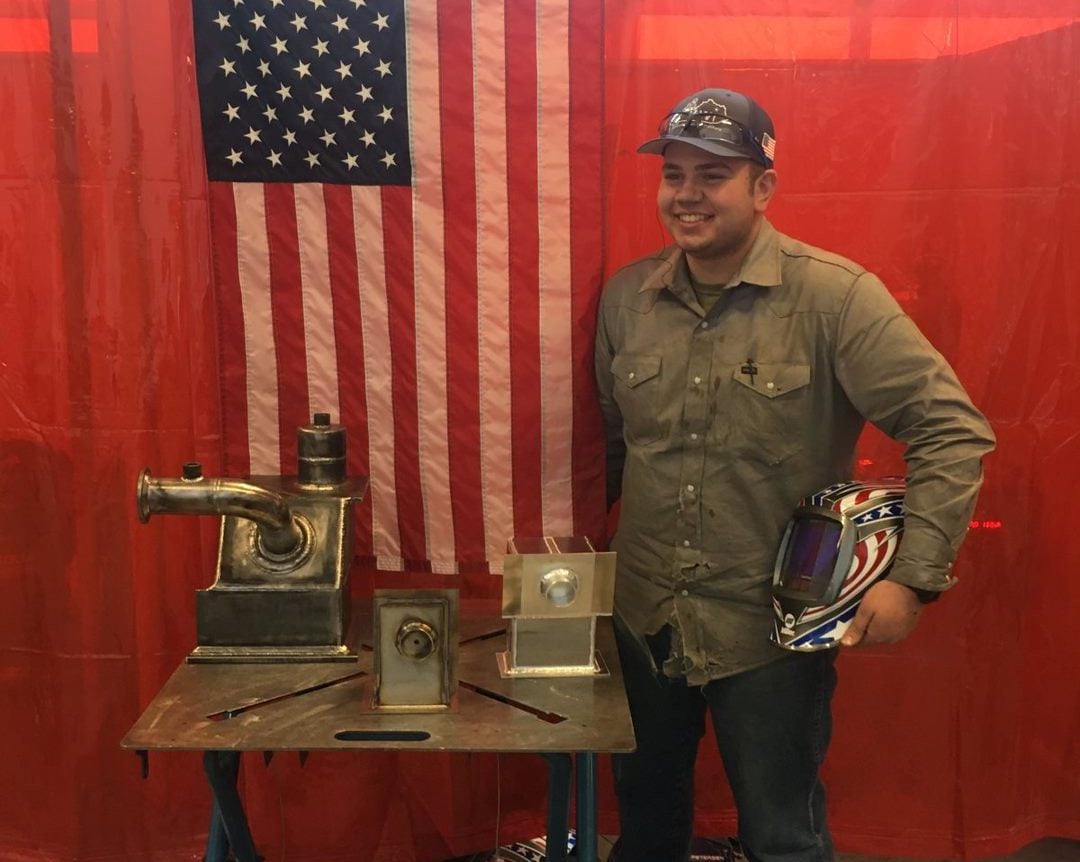 Jordan Packer stands with his welded test coupons from the Final Weld-Off.

“Competing at this level requires the highest level of dedication and work ethic that you can muster,” Packer said. “It is the Olympics of welding, and just like the track runners and swimmers training every day of their lives for that competition, we, too, must train with the same effort.”

For the Final Weld-Off, competitors had to weld a pressure vessel capable of holding 1000 psi of water pressure without leaking as well as stainless steel and aluminum projects. In addition, competitors were required to weld two v-groove plates (3/8 and 5/8 in. thick), a 4-in. schedule 80 pipe, and two fillet welds, all of which were destructively tested and evaluated using criteria significantly more stringent than any welding code.

“Each of those test plates has basically an endless array of possibilities based on position and type of welding process to be used for root pass and cap passes,” Packer said. 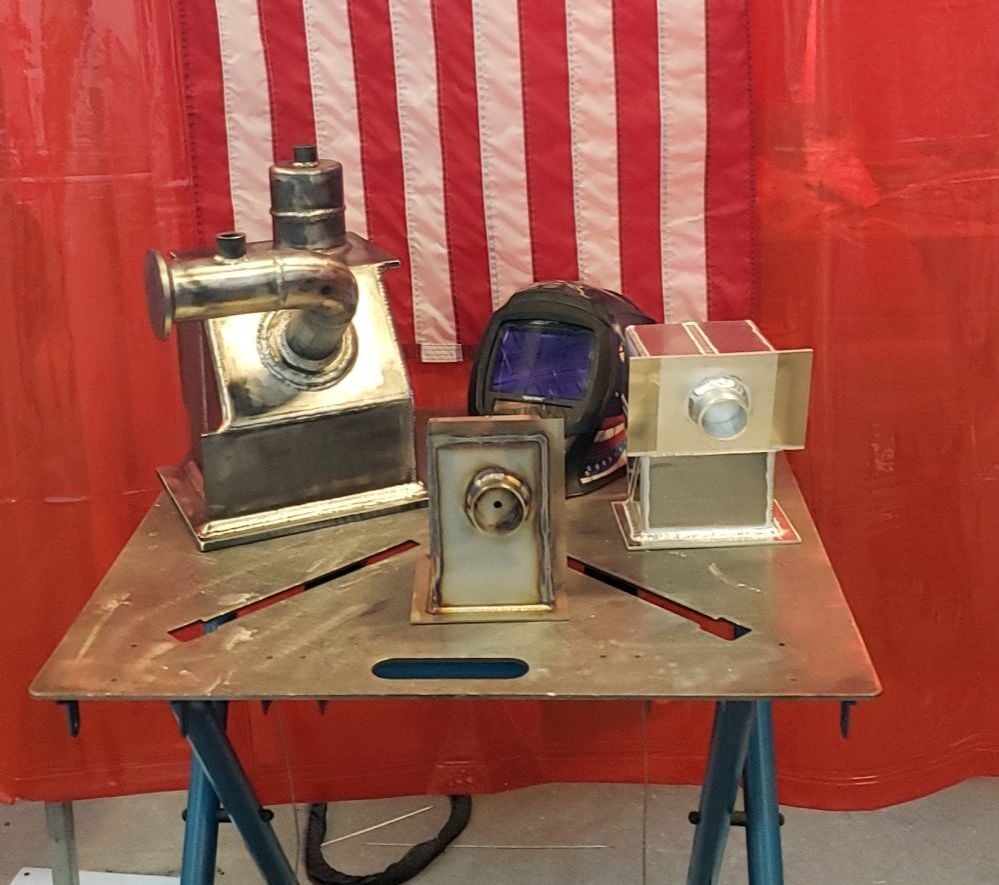 Packer’s welded test coupons (from left): a pressure vessel required to hold 1000 psi of water pressure without leaking, the stainless steel project, and the aluminum project.

Packer is a junior at Utah State University Eastern, Price, Utah, where he is studying in the welding technology program. He plans to continue his education by enrolling in the welding engineering program at Weber State University, Ogden, Utah. In the future, he would like to own his own business, but for now, he is focused on his education and the upcoming WorldSkills competition.

For his training, Packer will be working closely with members of the AWS WorldSkills USA Competition Committee, including previous WorldSkills competitors Chandler Vincent and Ray Connolly, who was elected by his global peers to be the WorldSkills chief expert. Packer expects his training to match the weekly 75 hours he put in for the Weld Trials.

“Nothing is more of a priority than your practice,” Packer imparted. “You are [like] an Olympic athlete, and your life revolves around nothing but that competition.”

This article was written by Alexandra Quiñones (associate editor of the Welding Journal) for the American Welding Society.

As welding professionals, we’re fortunate to have rewarding careers. But many people don’t know about the vast number of options in our wide-ranging trade. You can help them discover those possibilities.
Read more