Started in 2019, AWS’s Future Leaders program aims to promote the involvement of early career members. Brandy Killeen and Robert Watson reflected on what the experience was like for them in 2022.

Started in 2019, AWS’s Future Leaders program aims to promote the involvement of early career members. Brandy Killeen and Robert Watson reflected on what the experience was like for them in 2022.

I first became aware of the American Welding Society (AWS) in high school. After joining the welding courses and becoming confident in my skills, I decided to join the AWS Student Chapter, which I was later elected as secretary. My instructor was an AWS Certified Welding Inspector (CWI); his teachings and work experience inspired me to become a CWI and an active member of the organization. Almost a decade later in 2021, I decided to apply to the AWS Future Leaders program. If my instructor and Student Chapter in high school had such a huge impact on me and helped me focus on my career path, maybe I could dive deeper with my involvement in the organization to inspire my students. To my surprise, that year I was informed I was one of two people selected as an AWS Future Leader.

As an incoming Future Leader, I was invited to FABTECH 2021 in Chicago, Ill. This was my first board meeting and first time at FABTECH. Sitting in on district council and board meetings, I slowly began learning the way AWS is governed and how decisions are made. Being part of the decision-making, having board members value my input, and seeing what new things AWS is working on has been truly an honor and eye-opening experience.

In 2022, I started my term and was invited to Miami, Fla., twice for the spring board meetings and the Leadership Symposium. Through this experience, I have met so many incredible people. There are so many different aspects and potential careers other than welding within the welding world. Being a Future Leader, I have seen the success AWS can help bring to a person’s career. The connections I have made through not only being a Future Leader but just being an involved member led me to believe that networking is one of the greatest assets of being an AWS member. Joining AWS has been the best decision I have made for my career and personal growth within the industry.

My time as an AWS Future Leader so far has been nothing short of extraordinary. When I was told I had been chosen to be the engineering representative for 2022 back in August of 2021, I was excited but a little apprehensive. Like many younger engineers, I began suffering from impostor syndrome before I had even attended a meeting. Thankfully, the community and camaraderie I found when I met the directors for the first time set those concerns at ease and gave me a renewed, optimistic attitude toward my participation in the Society.

I first gained interest in the Future Leaders program when I heard about it from a past Future Leader, Andrea Orr. We are both members of the AWS Detroit Section executive committee, and when she gave her reflections of the program in one of our meetings, I knew I had to check it out. One of the greatest benefits for me from AWS, as an engineer and educator, is the ability to meet and interact with people in this industry from all over, and the Future Leaders program has been an incredible asset for expanding that community. Perhaps my favorite part of the program, though, is the voice I’m given. The board of directors has a genuine interest in how our unique perspective can be applied to improving the Society.

It’s important for folks in the industry, young or otherwise, to know that you don’t need to be a Future Leader to reap these benefits. Local sections are the backbone of AWS, and participating in mine has provided me with a community that I can count on for welding and non welding issues alike. Find your local section, see when they’re having an event, and go with an open mind; AWS has something to offer everyone. 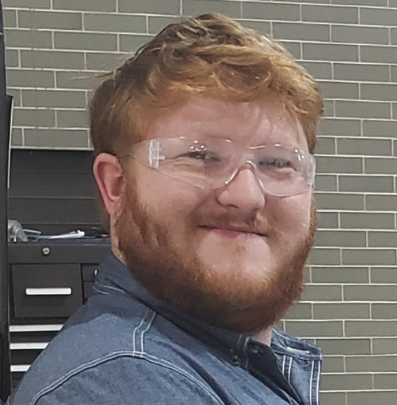 Are you an author with materials joining technology and processes research to share with the world? Submit your abstract to be considered for presentation during the American Welding Society (AWS) Professional Program held virtually September 20–23, the week after FABTECH 2021.
Read more

Welding is among the most crucial and essential skilled trades that impact everyday life, yet the number of skilled welding technicians and professionals continues to decrease. It is anticipated that by 2024, over 300,000 welders will be necessary to satisfy our nation’s workforce demands (Emsi, 2021). To impact this decline, the American Welding Society has launched a new initiative targeting students and early career welders, titled "AWS Certified."
Read more

Are you an author with materials joining technology and processes research to share with the world? Submit your abstract to be considered for presentation during the American Welding Society (AWS) Professional Program held November 8-10, 2022, at FABTECH in Atlanta, GA.
Read more